The most widely acclaimed African American artist of this century, and one of only several whose works are included in standard survey books on American art, Jacob Armstead Lawrence has enjoyed a successful career for more than fifty years. 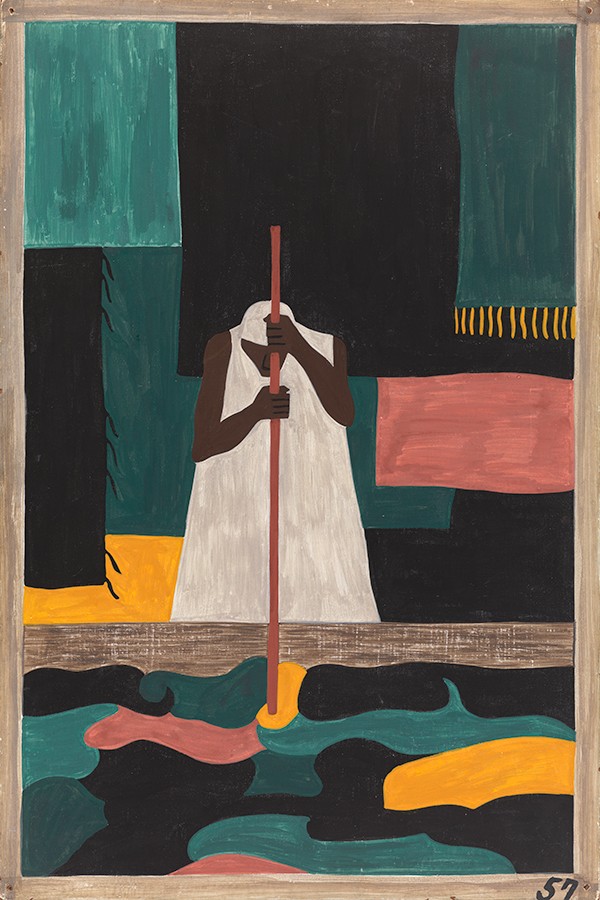 Lawrence was born in Atlantic City, New Jersey, in 1917. The son of Southern migrants, he moved with his mother and sister to Harlem in 1930 at age 13. 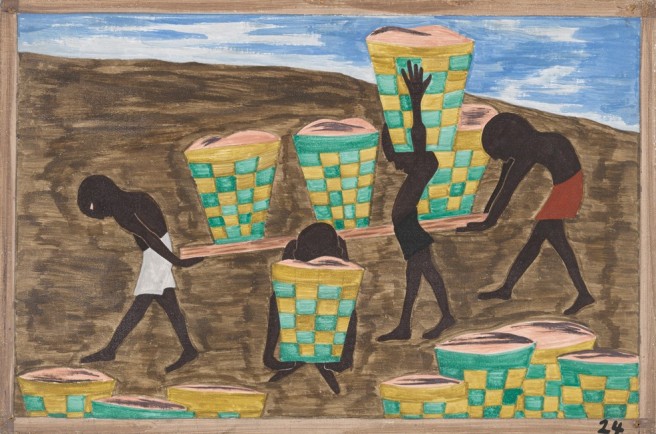 Lawrence’s paintings portray the lives and struggles of African Americans, and have found wide audiences due to their abstract, colorful style and universality of subject matter. 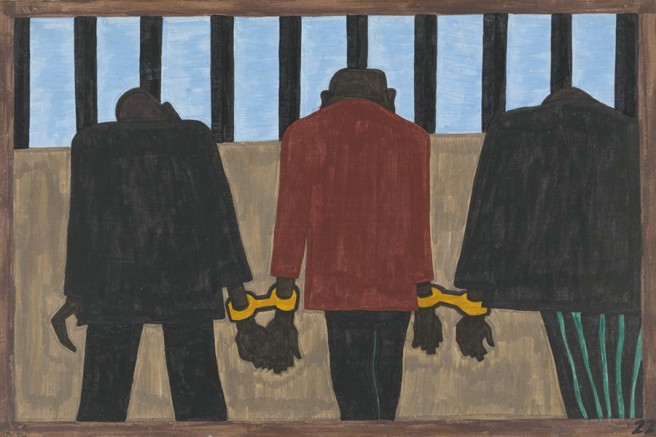 He create paintings drawn from the African American experience as well as historical and contemporary themes, such as war, religion, and civil rights. 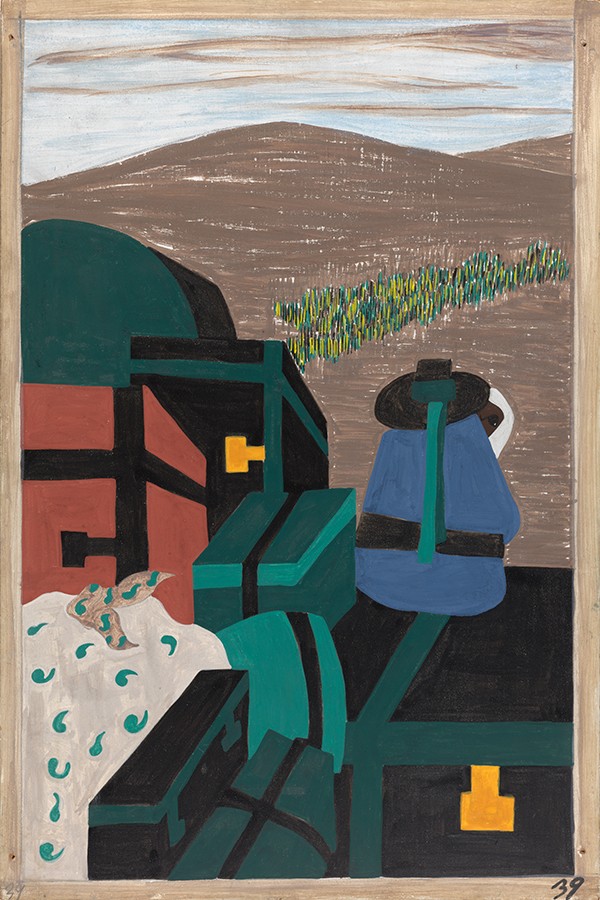 In 1940, he received a grant from the Rosenwald Foundation to create a 60-panel epic, The Migration of the Negro (now known as The Migration Series). 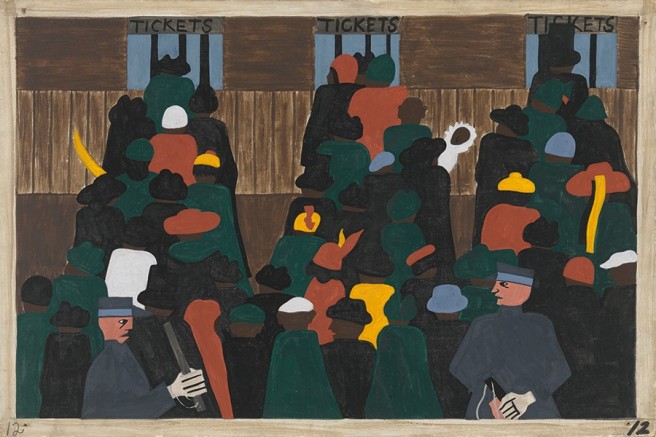 The panels portray the migration of over a million African Americans from the South to industrial cities in the North between 1910 and 1940. 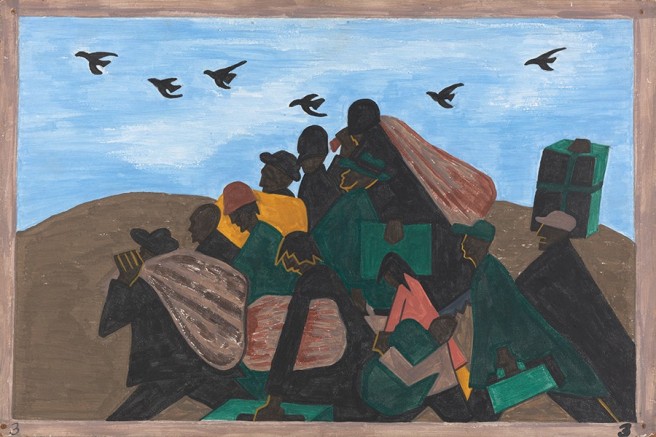 He was credited with developing a unique aesthetic known as Dynamic Cubism, which would be attributed, not to European influences, but to “hard, bright, brittle” Harlem. 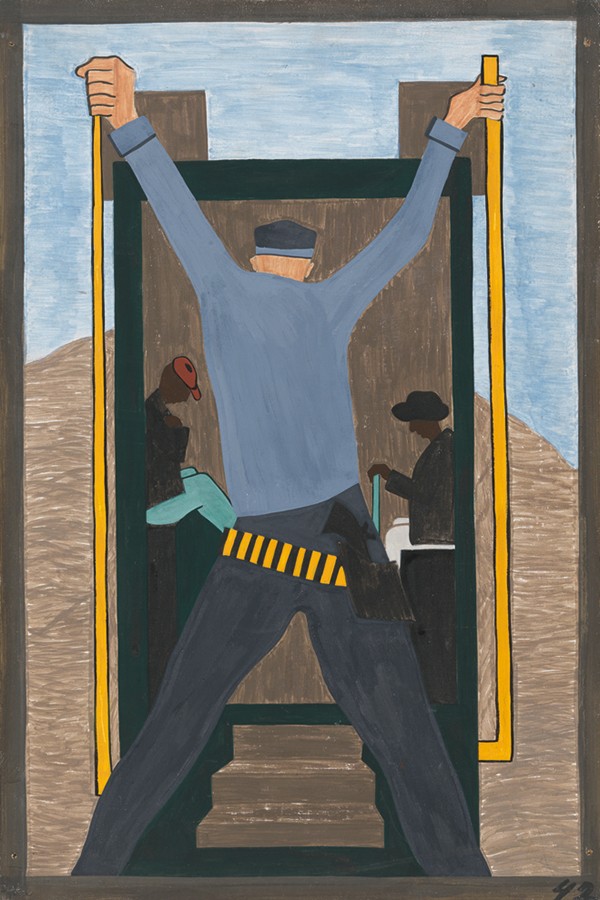 More of Jacob Lawrence‘s artwork can be found around the Internet including MOMA Lawrence and  Artnet Lawrence.