Igor Morski  is a famous Polish illustrator and graphic designer whose surreal art is as thought evoking as they are beautifully created.

Morski graduated with honors from the Interior Architecture and Industrial Design Faculty at the State Higher School of Fine Art in Poznań (now the University of Arts).

His surreal  illustrations often portray the relationship between humans and nature.

Morski’s surrealism appeared a little bit by accident. For 20 years he has been a press illustrator with the Polish weekly magazine “Wprost”.

The beginning of cooperation with “Wprost” coincided with the decision by the publisher of this magazine to illustrate with only one type of illustration, based on photo manipulation. 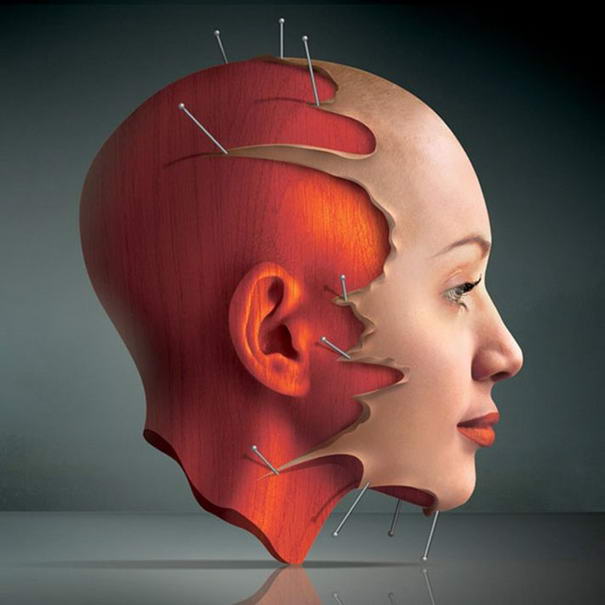 This, he admits, made a great impression, because people were not familiar with Photoshop, and many illustrations were taken literally, as if what was shown in the illustration was really true. 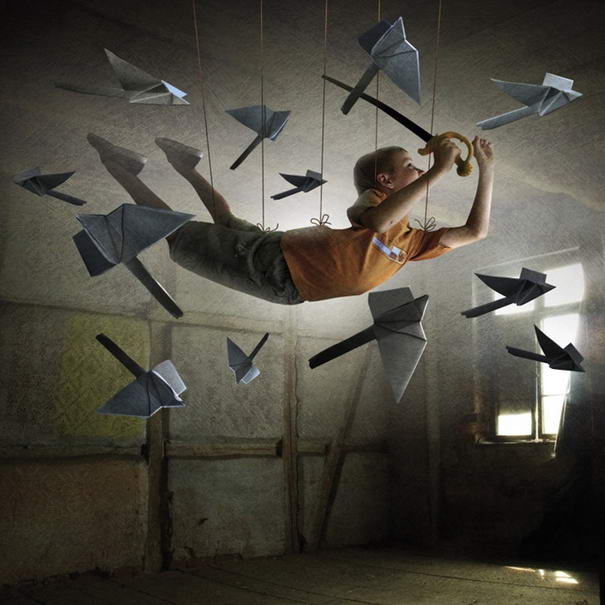 The fact that since then he has worked on photographic material has caused realism to appear in his work.

Morski feels that  Poles have quite specific sense of sensitivity.

“Wars and many other horrors that have flooded our country have made it acceptable for us a kind of narrative, difficult to accept elsewhere.  For people who viewed them, they were scary.”

“As an allegory, I placed a labyrinth of stairs in the human head. In Poland, people focused on the hidden meaning, and the Dutch drew attention to the fact of head “mutilation”. They were interpreting this very literally.”

More of Igor Morski‘s wonderful surrealism can be found at https://igormorski.pl/