John Singer Sargent (January 12, 1856 – April 14, 1925) was the most successful Impressionist painter of his era, as well as a gifted landscape painter and watercolorist. 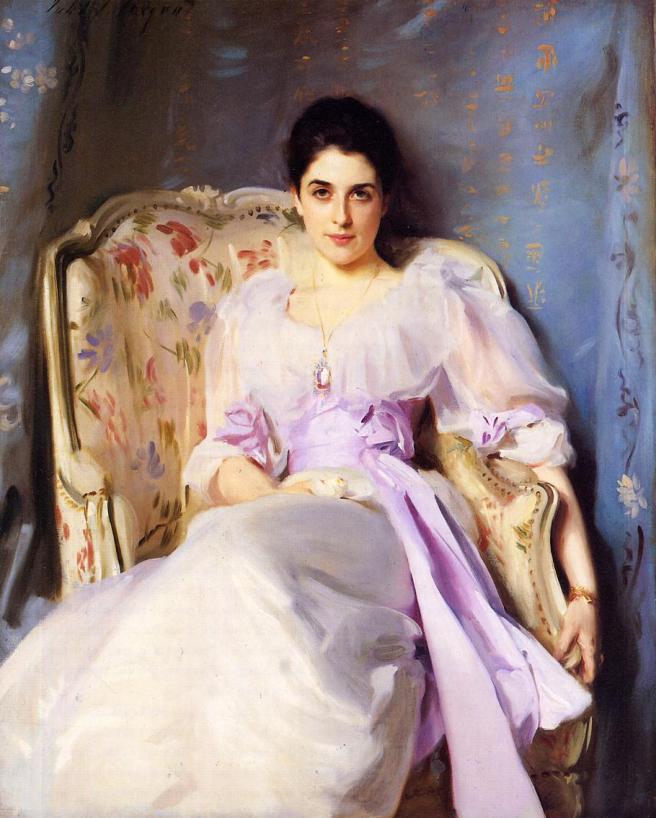 Born in Florence to expatriate American parents,  Sargent received his first formal art instruction at Rome in 1868, and then sporadically attended the Accademia delle Belle Arti in Florence between 1870 and 1873.

In 1874 he was accepted at the Paris atelier of the portraitist Emile Auguste Carolus-Duran, and attended drawing classes at the Ecole des Beaux-Arts.

Throughout the 1880s, he regularly participated in the Paris Salon — most often, his works were full-length portraits of women, which generally received positively.

Sargent’s best portraits expertly reveal the individuality and personality of his sitters.

This ability set him apart from others portrait painters of his time—he made the sitter shine on the canvas while capturing the essence of their being.

Noted for his dazzling technical virtuosity and painterly technique, he influenced an entire generation of American portraitists.

By the turn of the century Sargent was recognized as the most acclaimed international society portraitist of the Edwardian era, and his clientele consisted of the most affluent, aristocratic, and fashionable people of his time.

Around 1906 he abandoned portraiture and worked primarily in watercolor, a medium in which he was extraordinarily gifted.

More of John Singer Sargent‘s paintings can be found at https://www.johnsingersargent.org/.