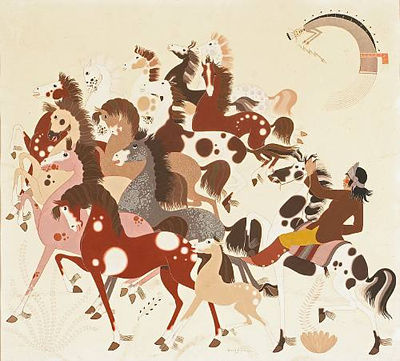 From the time of his marriage to a Picuris Indian woman until his death in 1952, he lived in Picuris Pueblo, New Mexico.

His formal art study was obtained in two years at the U. S. Indian School in Santa Fe; a year of study under the Swedish muralist Olaf Nordemark.

While the greater part of his work stemmed from his vivid imagination and knowledge of Navajo myth, his interest in design and color of wildlife is also a notable source of picture material. 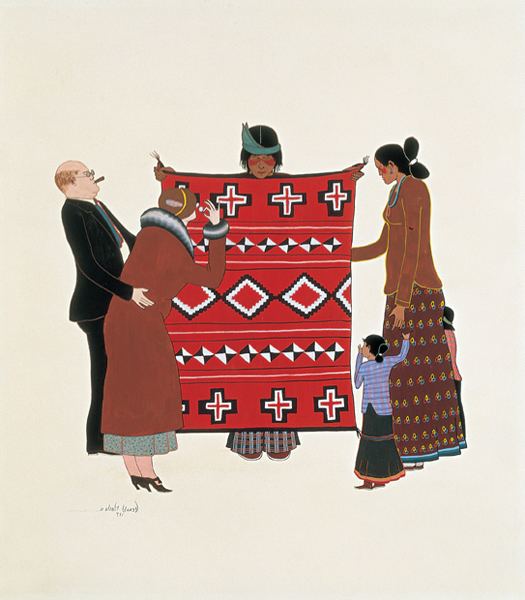 He was an extraordinary artist whose cross the boundaries of nationalities.

He perfected the facile, decorative manner for which he was early noted. 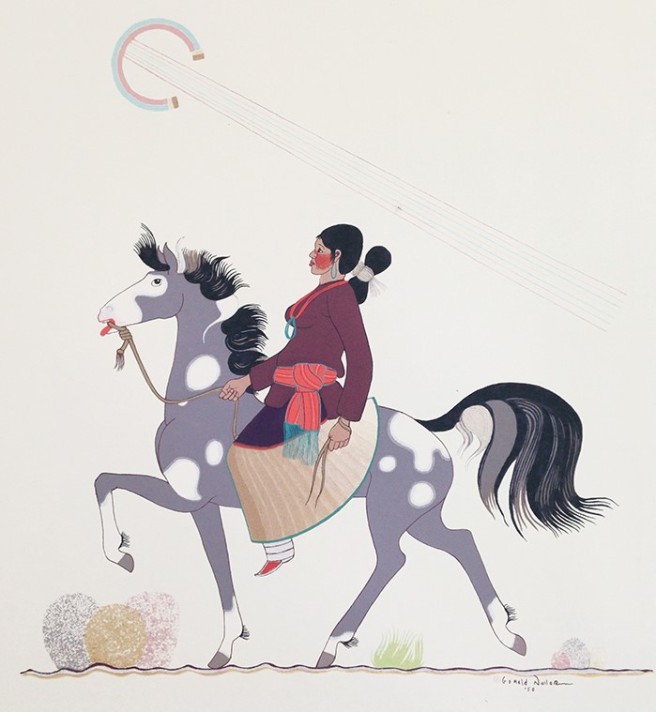 Gerald Nailor‘s work can be found across the Internet.