His name is synonymous with abstract expressionism.

Instead of using the traditional easel, Pollock affixed his canvas to the floor or the wall and poured and dripped his paint from a can; instead of using brushes he manipulated it with ‘sticks, trowels or knives’ (to use his own words), sometimes obtaining a heavy impasto by an admixture of sand, broken glass or other foreign matter. 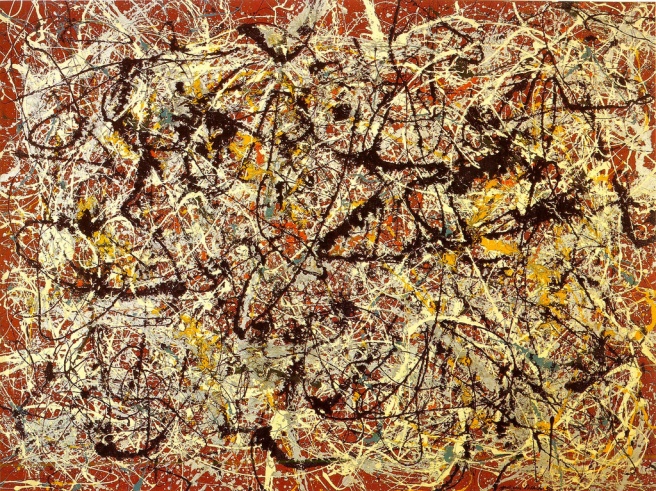 His art is not only 2D, but 3D, with textures that jump out at you. 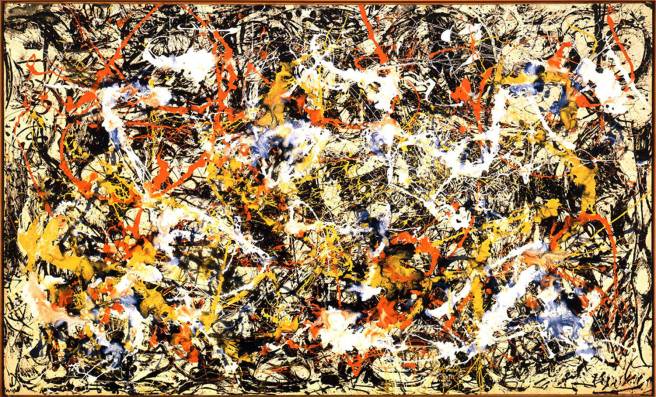 He was strongly supported by advanced critics, but was also subject to much abuse and sarcasm as the leader of a still little comprehended style; in 1956 Time magazine called him “Jack the Dripper”.

Although his problematic life ended early, his style is one that impresses us to this day.

More of Jackson Pollock’s art can be found at http://www.jackson-pollock.org/

and in the larger Sunday Evening Art Gallery