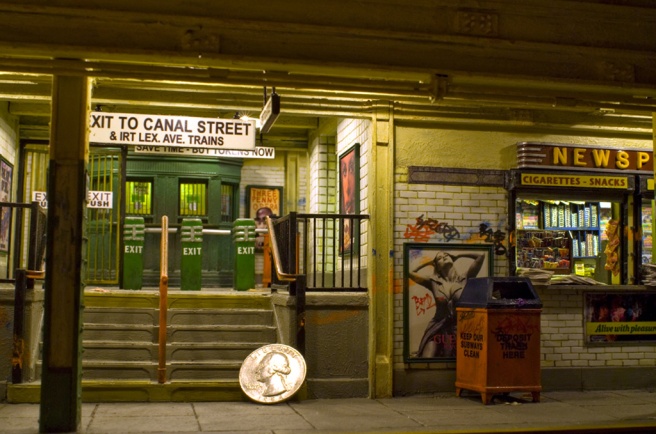 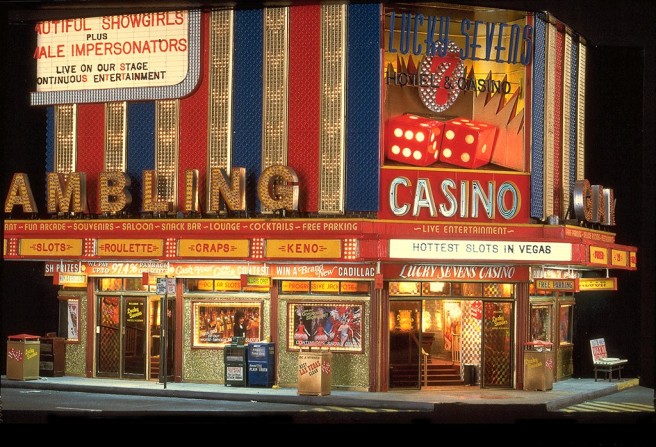 The pieces are usually not exact representations of existing locations, but rather a combination of details from many different locations along with much of the detail from the artist’s imagination.

There is a narrative element to the work. Scenarios are played out through the use of inanimate objects in the scene. 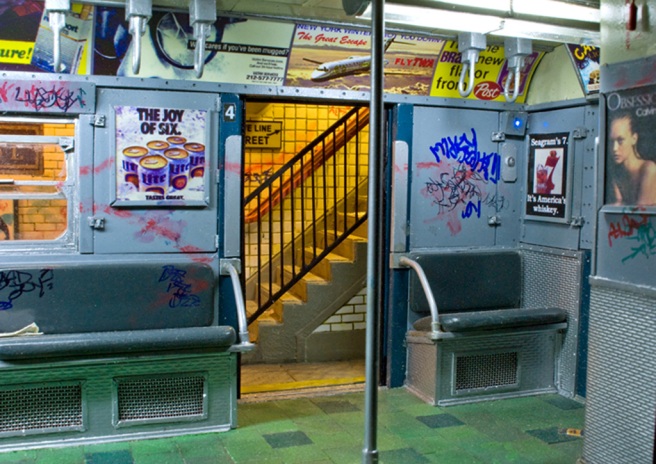 Wolfson usually works in ½ in = 1 foot scale, which is half the size of dollhouse scale. The first few pieces Wolfson did were in dollhouse scale, but he decided to change to the smaller scale so he could build more intricate environments in the same-sized space.

There are never people present, only things they have left behind; garbage, graffiti, or a tip on a diner table, all give the work a sense of motion and a storyline.

More of Alan Wolfson‘s amazing miniatures can be found at http://www.alanwolfson.net/.

French artist Marc Giai-Miniet’s works may look like doll houses at first, but they’ll give you the chills. 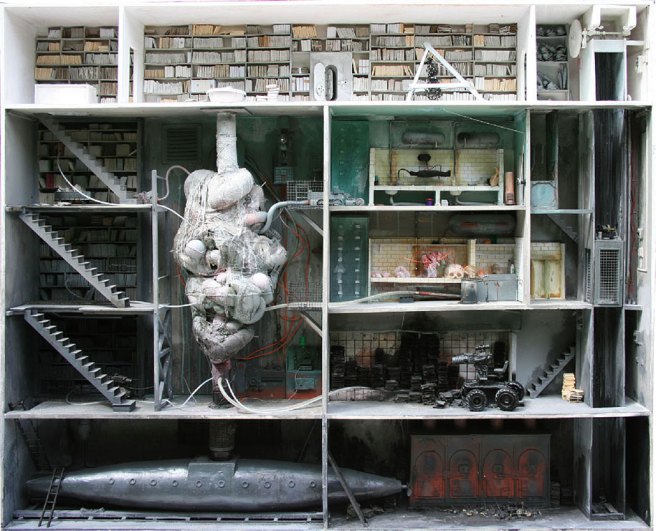 All of these miniature houses are filled from floor to ceiling with tiny books, machinery, household junk, storage boxes and odd experiments. 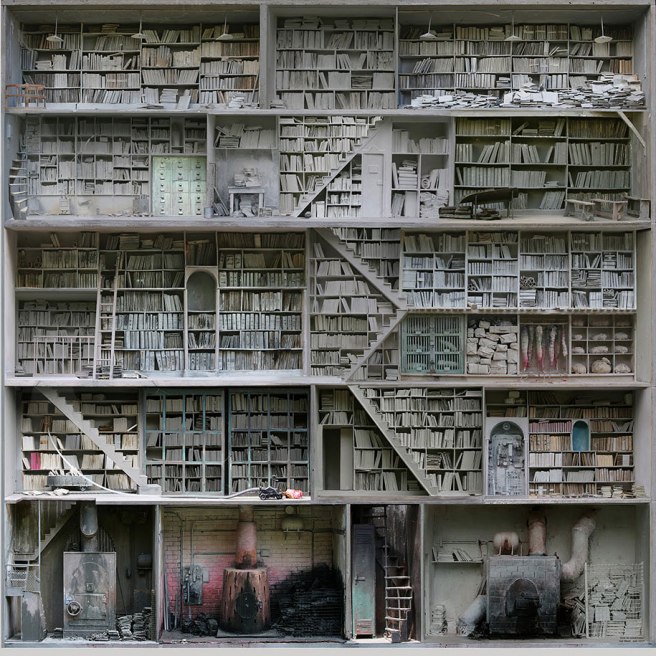 Giai-Miniet’s dioramas, or miniature 3D theatres or boxes, are disturbing metaphors for the human condition that succeed in rattling our curiosity wide-awake. 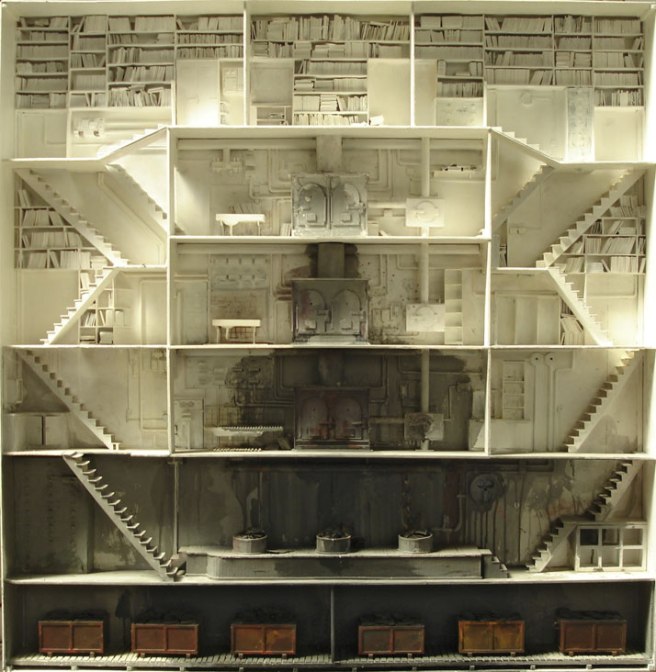 Containing the aftermath from scenes of unknown experiments, interrogations and slaughters, the works form an exploration of the physicality of memory.

Even though the spaces are cluttered with tons of little objects, “Les Boîtes” (The Boxes)  are still neatly organized and truly resemble real buildings as they might look through transparent facades. 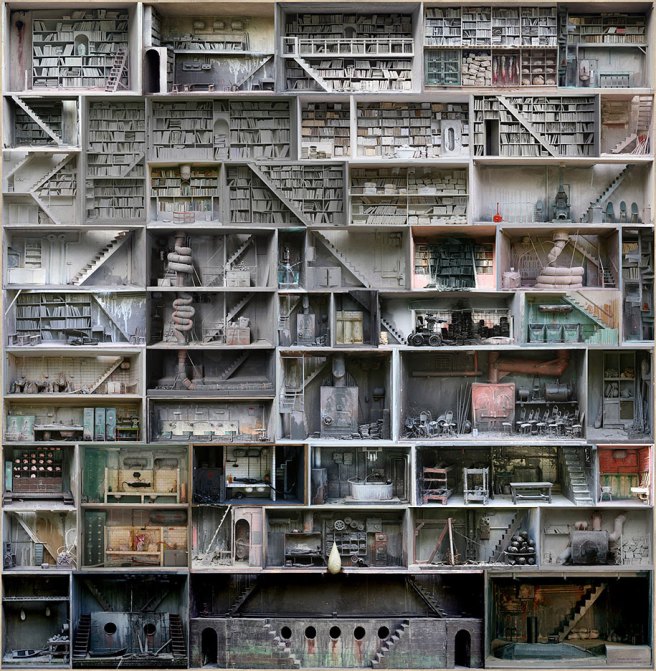 More of Marc Giai-Miniet’s works can be found at :www.marc-giai-miniet.com.

Izumi is an architectural model designer by day and a craft artist in her spare time.

She has been creating these wonderful bottles since 2010. 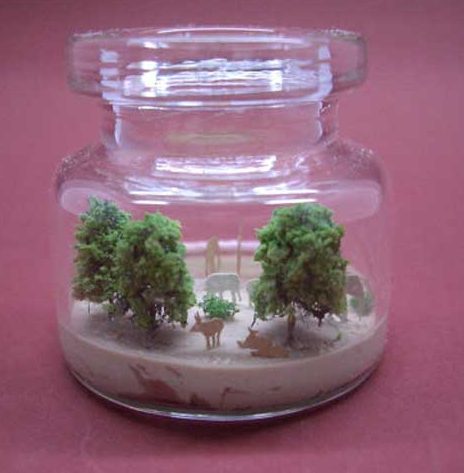 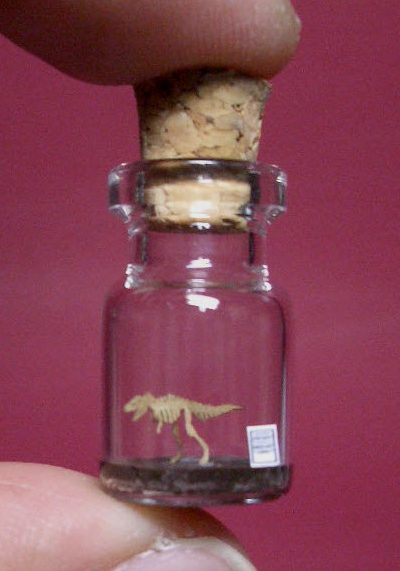 More of  Izumi Akinobu‘s tiny creations can be found at https://www.etsy.com/shop/tinyworldinabottle.

“Everyone must have had similar thoughts at least once.”

“Everyday occurrences seen from a pygmy’s perspective can bring us lots of fun thoughts.” 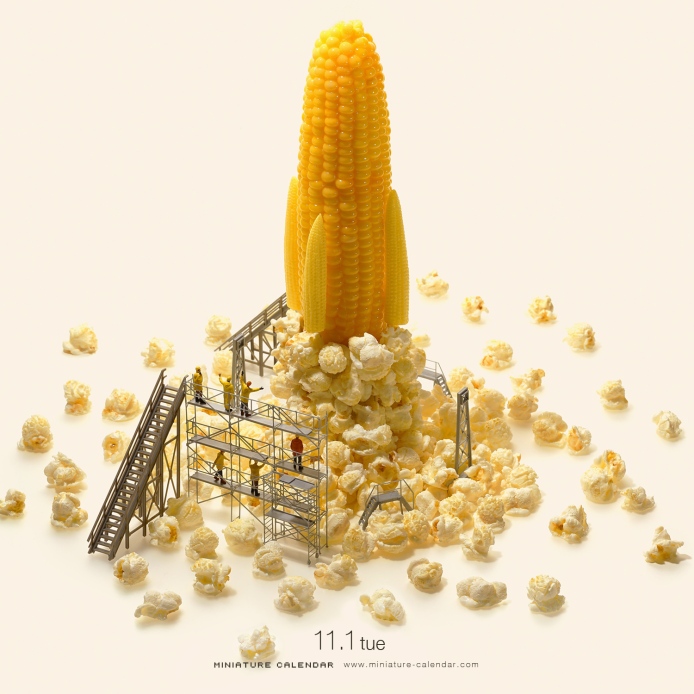 “I wanted to take this way of thinking and express it through photographs.”

“It would be great if you could use it to add a little enjoyment to your everyday life.” 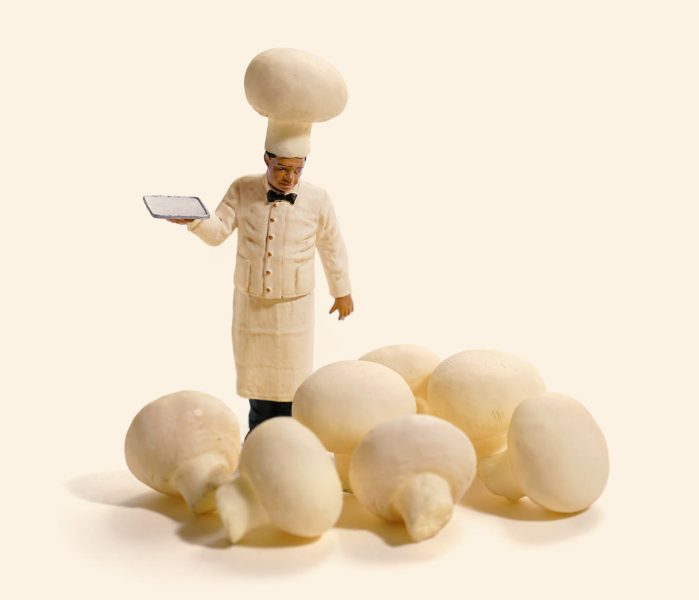 How could we not be fascinated by such work?

More of Tatsuya Tanaka‘s amazing work can be found at  http://miniature-calendar.com/.

Willard Wigan might not be a familiar name to many of us, but once you see his work you will never forget it.

On average, it takes Wigan about eight weeks to complete one sculpture in a process that is physically challenging. Because the works are microscopic, the sculptor has learned to control his nervous system and breathing to ensure he does not make even the tiniest movement.

When working, Wigan enters a meditative state in which his heartbeat is slowed, allowing him to reduce any hand tremors and work between heartbeats.

To carve his figures, Wigan uses surgical blades or hand-made tools, (some of which are custom made out of a sharpened microscopic sliver of tungsten), which he makes by attaching a shard of diamond to a pin.

My mind cannot wrap around an artist who can control and create like this. A true direct connection between Wigan and the Divine is the only explanation I can muster.

But then again, what is talent but honing that connection?

Willard Wigan’s work can be found at his website, http://willard-wigan.com, and various sites around the Net.

He is so worth discovering.