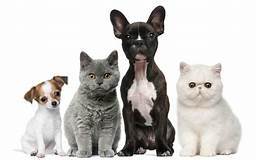 They say what you name your children is a reflection of you and your significant other. Your personalities, your experiences.

Kids names don’t hold a candle to the reasons we name our pets.

Cats included Mysty (really lame I know) who we usually call Fat Cat, Jazmine (from the Aladdin movie), Tom (he was one cool cat), and Persephone (someone else named her… too many syllables for me).

Over the weekend I went to visit my friend’s daughter and fiancé, and they have a dog named Charlie. Not bad. Their old dog was named Kochani, which is Polish for sweetheart. Other names at the table were Peso (a monetary unit) and Kohana (meaning swift) and a cat named Ty’setzu (who knows what that means!)

The one I loved the most was the dog named Butters. I didn’t ask where that came from, but, since the evening was FULL of stories, I’m sure there was one there, too.

People are more clever with their pet’s name. More adventurous. More likely to tie them to someone or something famous, goofy, or familiar. I know a Briggs (for Lance Briggs from the Chicago Bears), Coda (the concluding passage of a piece or movement, like the concluding member of the family), King Tedward of Fluffernut (that explains itself), Payton (Walter Payton), Nestle (because he was brown like the drink), and Izzy.

I am tickled to hear the stories behind pets’ names. I barely take time to think about my character’s names in my books — whatever comes to mind and sounds smooth works. No reference to TV stars, family members, or people I used to work with. I’ve even made up names which, to my credit, have worked fairly well, too.

An article from The Dog People says that among dogs and cats, the name Covi is up 1,159%, followed by Rona (up 69%), Corona (up 24%) and Covie which is also trending up in popularity.

I love creative names — especially for our little guys. I can see me someday, standing in my yard, screaming at my runaway dogs — Burrito! Taco! Get over here!  Whiskey! Here!  You’d better listen, Banana Peel!

What are your dogs/cats names?