Aubrey Vincent Beardsley (1872–1898) was an English illustrator and author.

Beardsley was a leading figure in the Aesthetic movement, which also included Oscar Wilde.

Often despondent and introverted, Beardsley’s main preoccupation for his short 25 years in existence would be to curate a flurry of singular and sometimes  bizarre, artworks that challenged Victorian norms and whose enduring legacy compensates for his all-too-early demise.

Beardsley’s contribution to the development of the Art Nouveau and poster styles was significant, despite the brevity of his career before his early death from tuberculosis. 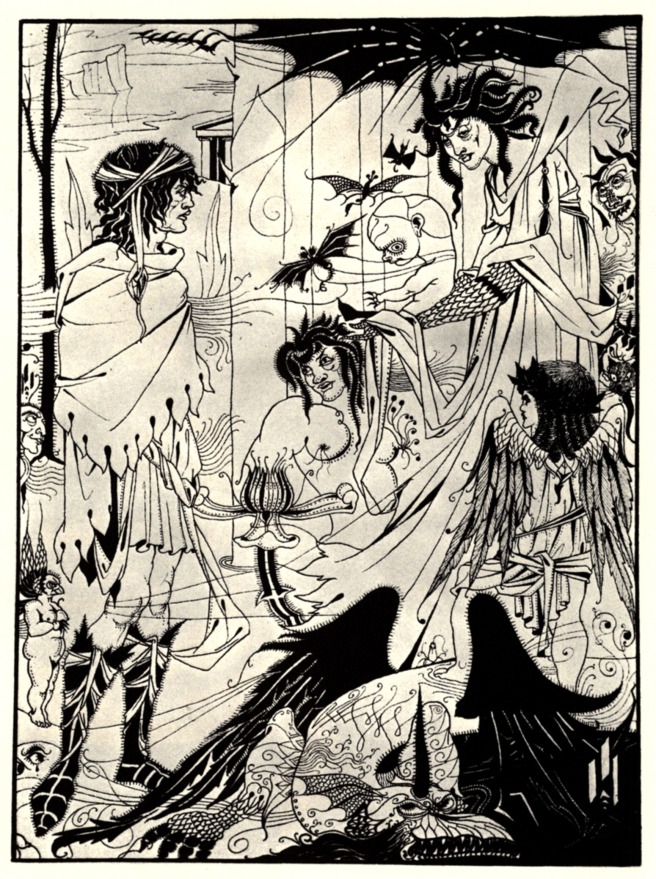 Beardsley worked by outlining his sketches in pencil then tracing over them in black ink in a style reminiscent of Japanese woodcuts.

The simple elegance of his linework combined with the sharp contrast of black and white lent Beardsley’s works to a peculiar style comprised of Aestheticism, Symbolism, Decadence, and Art Noveau.

As though he was born haunted by his own premature death, Aubrey Beardsley’s drawings in black ink often developed under an obsession with the morbid — and it shows. 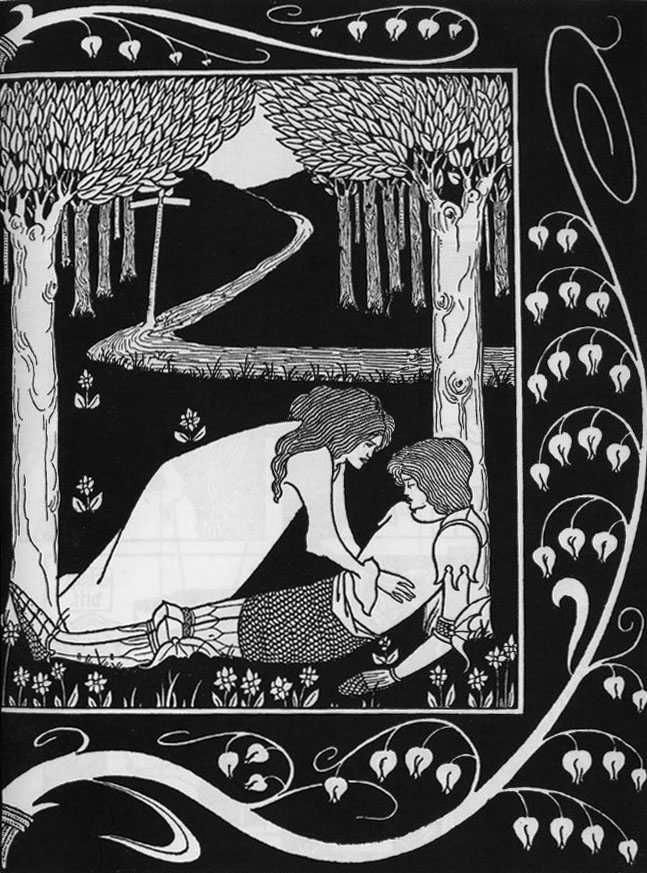 More of Aubrey Beardsley’s sketches can be found at https://www.illustrationhistory.org/artists/aubrey-beardsley and https://en.wikipedia.org/wiki/Aubrey_Beardsley .