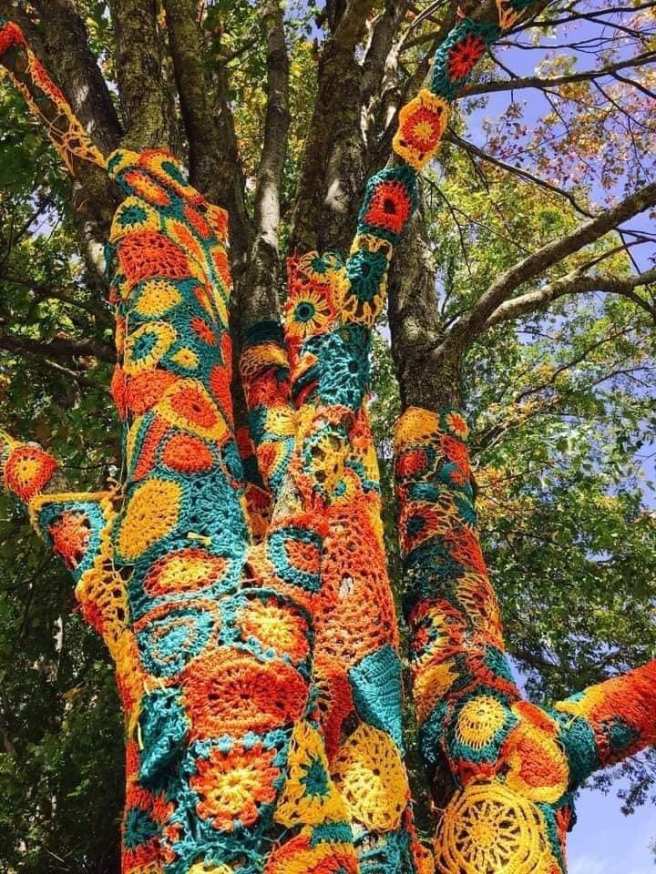 You are likely to see yarn bombing on trees, bicycle racks, and statues, but there have been popular “yarnstallations” that cover vehicles, benches, and even entire buildings. 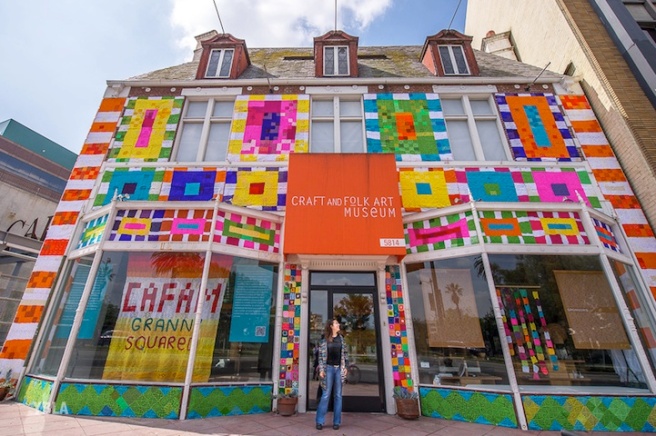 The “bombs” began slowly.  A few poles, and then some trees, and a few other “normal” objects started to get this new “look”, providing them with a positive vibe that people maybe didn’t see before. 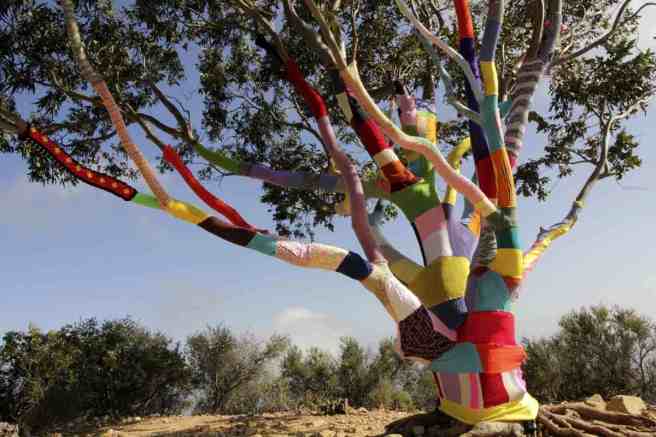 Initially, yarn bombing was almost exclusively about reclaiming and personalizing sterile public places and giving them a personal touch. 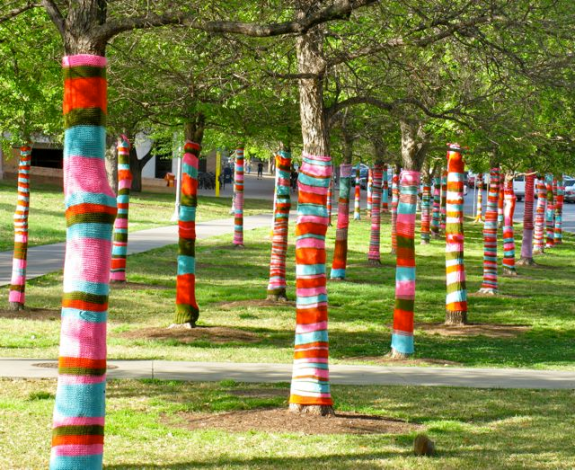 Having a need to create something fun, unexpected and beautiful, these artists used yarn to create warmth and comfort inside the urban environment that was often perceived cold, depressing and unfriendly. 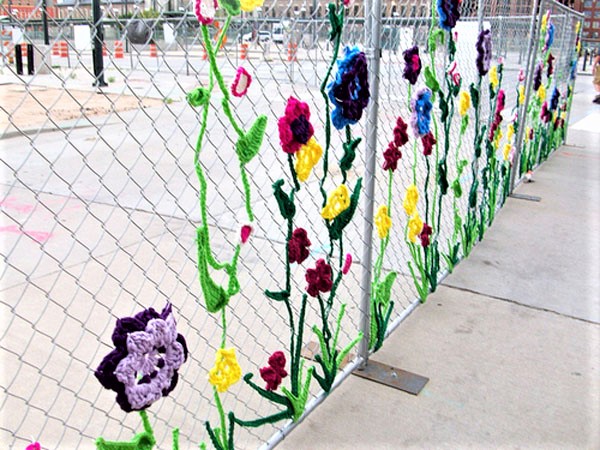 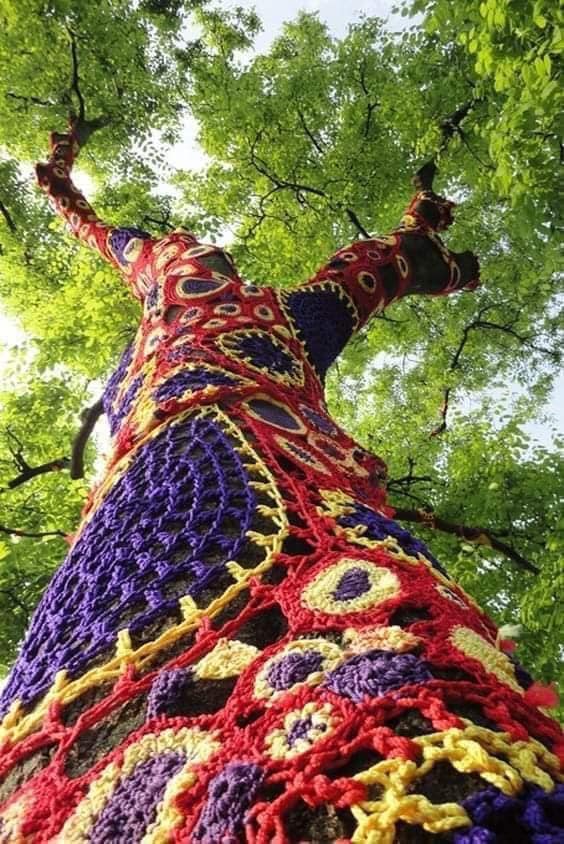 In the midst of the growing popularity of the medium and practice, yarn bombers also are striving to maintain an awareness of the environment they are working in, being careful to limit the life of their craft on trees and other live canvases. 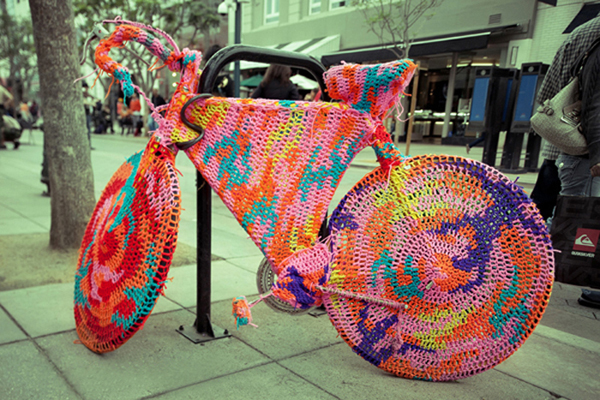 Showing up on trees, lamp posts, monuments, benches, and other elements of everyday cityscape, the practice is a new artistic form that has been invading our streets in brilliant colors, bringing street art and craft together. 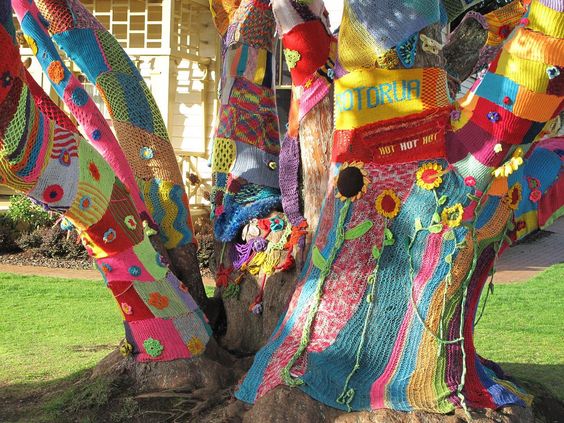 Yarn bombing can found on sites all across the Internet. Have fun exploring!