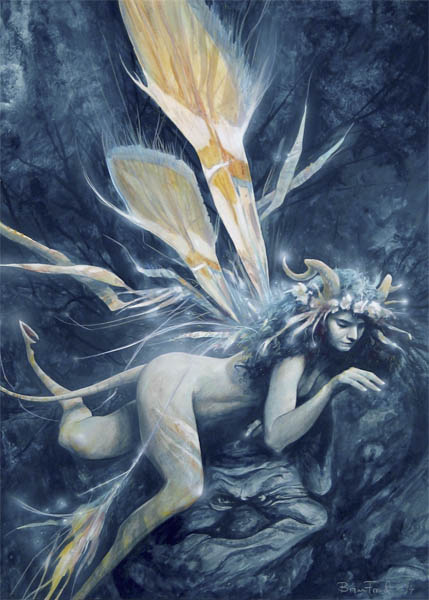 Froud graduated with Honors from Maidstone College of Art in 1971 with a degree in Graphic Design. 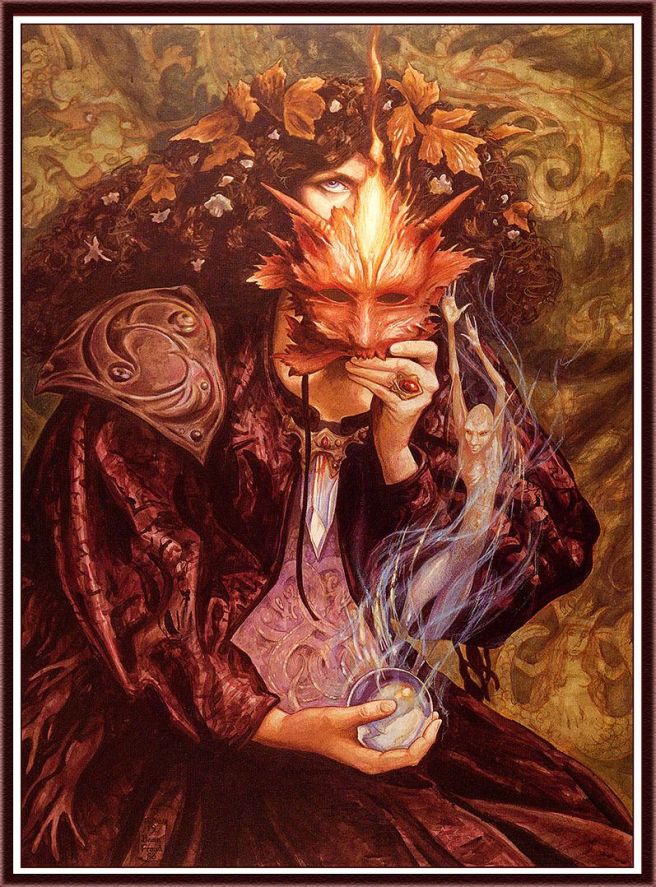 Froud soon realized that fairy tales and legends were something which would never get old. 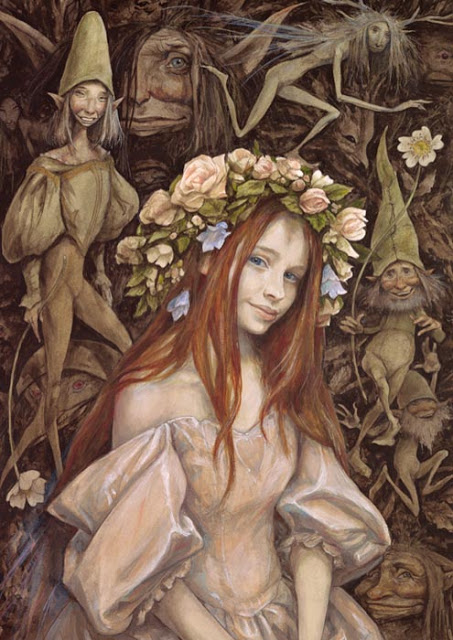 In collaboration with his friend and fellow artist Alan Lee, Froud created the 1978 book Faeries, an illustrated compendium of faerie folklore.

Upon discovering Froud’s lavish and mysterious drawings in his books, and recognizing his complex and singular artistic vision of the faerie world,  Jim Henson chose him to help him create a unique otherworld feature-film which became known as The Dark Crystal.

Through Froud’s unique style utilizing acrylics, colored pencil, pastels and ink, he has created some of the most well known fantasy images of the Twenty-first Century.

More of Brian Froud‘s amazing workmanship can be found at https://www.ferniebrae.com/brian-froud.