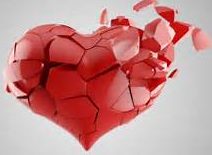 I had a blog in mind this evening, but on my way home I changed my mind. On afternoon break I read a quick online story that really hit me. This is the beginning of it:

BANGKOK (Reuters) – A Thai man filmed himself killing his 11-month-old daughter in two video clips posted on Facebook before committing suicide, police said on Tuesday. People could access the videos of the child’s murder on her father’s Facebook page for roughly 24 hours, until they were taken down around 5 p.m. in Bangkok (1000 GMT) on Tuesday, or about a day after being uploaded.

Of course, that’s just on the heels of a story from 3-17: MEDINA Ohio — The man who took his own life after he killed his pregnant girlfriend did not want to have a baby, her father said. Or from February: LaGRANGE –  A man accused of abusing and killing the infant of his then-girlfriend pleaded guilty in a Troup County Superior Court last week.

There is nothing that can be said that can shed any light on any of these heinous crimes. There’s nothing I can do to turn the clock back. Nothing I can say to the families, to the situation.

There is nothing I can say to save the children.

I’m going to cut back on my internet wandering. Yahoo, CNET, all those hot spots that broadcast these crimes like they’re a Sunday social. I know everyone hurts, everyone wonders why. Everyone cries and makes promises and moves on with their lives.

But I’m an adult and can make my own choices. I’m older so that’s an even better excuse to tune all of it out. TV is make believe; I can handle that. But the news…

I’m done. My heart can’t take this. I know there are lots out there that say I should do something about it. The sad truth is there is nothing I can do about any of it. I can’t help those in Thailand or in North Carolina or even on the other side of town.

What I can do is interfere and interact with my own circle of friends and family. Encourage those who need to talk to talk. Those who need a break give them a break. Love the children I come in contact and stretch out to love the ones I don’t.