Mothers, Mothers-in-Laws, Friend’s Mothers, Cousin Mothers — they are all the same.

Full of love, devotion, and inspiration.

Mothers do many things for us…but hopefully they make us smile.

To all mothers, mothers-to-be, adopted mothers, ex-mothers, and those who spoil and mother children, here are some fun mother phrases and what they really mean…

I am blessed to be a mother

I am blessed to have had my mother for 54 years

I am blessed to have friends who are mothers

Others to be a mother.

Life is Short………Be What You Want.

For my Sunday  Morning Art Gallery today, I’m going to do something  a little different. I am going to honor the most  famous — and probably underrated — mother in the world.

Mary, the mother of Jesus, is the best known female character in the Bible, yet very little is known about her. I mean, she doesn’t even have a last name! 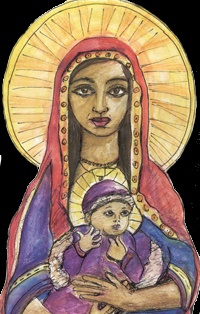 Imagine her life. She was a peasant woman, simple, honest. She becomes engaged to a carpenter named Joseph. And while she’s planning her wedding — BAM! An angel appears and tells her she is going to keep her virginity yet be the mother of the son of God. 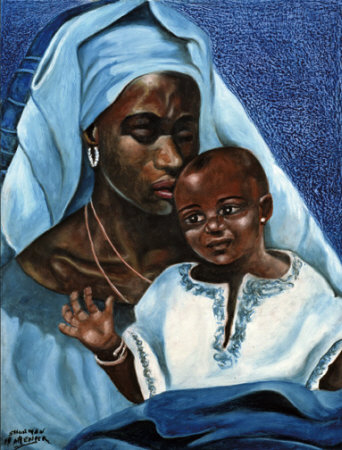 She is a religious person, so she believes the angel. I can just imagine what her betrothed thought. It takes a lot of commitment to explain the unexplainable. There are varying theories as to if the two were or were not married when she delivered her son. Either way, there was a lot of shame and explaining to do before they reached Bethlehem.

Yet this wonderful woman perseveres. Her and Joseph’s marriage date is lost in the dust of the past. But she delivers little baby Jesus in a barn somewhere, in a stable or a cave or a quiet building in the dark. And so Mary takes her first step into motherhood. 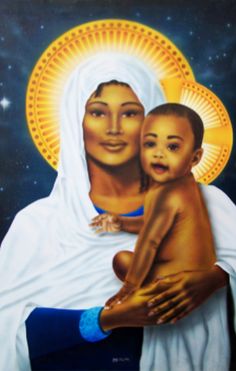 Raising the Messiah couldn’t have been a cake walk. I’m sure he had his terrible twos/threes/fours too. She was poor, Joseph was poor. I imagine Mary made the best of things, though,  and loved her little boy with her whole heart. She changed his diapers, played stones-in-the-bucket and washed his cuts. She fed him and hugged him and sang him lullabies. And as baby Jesus grew, so did his mother’s fears.

To have been given the blessing of having a child, and also knowing that he would be crucified for the sins of the world, must have been a burden almost too much to bear. Jesus knew of his calling from an early age; I imagine that brought about a bit of arrogance (in a holy sort of way) too, so his teenage years were probably a little testy between mom and son. 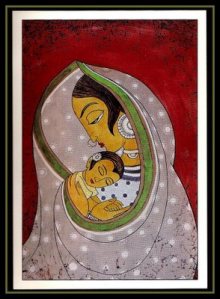 Eventually Jesus left the nest and went out to the world, leaving his mother behind. Some say she had other children. But she was, after all, the mother of the son of God, and sensed the tragedy yet to come. It’s not known when Mary realized her oldest was destined for a horrible death. Nonetheless, I can’t imagine living through those last few months of her son’s life. No mother can.

It is assumed Joseph died before their son started his fateful journey, so she was alone when her baby, her child, died on the cross. Like other women, she worked through her pain and loss and used her strength and faith to spread the message Jesus left behind. It is not clear when she died, and many religions profess she ascended into heaven full and whole.