Born in 1970, Visarute Angkatavanich is a Bangkok-based Thai photographer  based in Thailand. He graduated in Communication Arts majoring in advertising from Chulalongkorn University, Thailand. 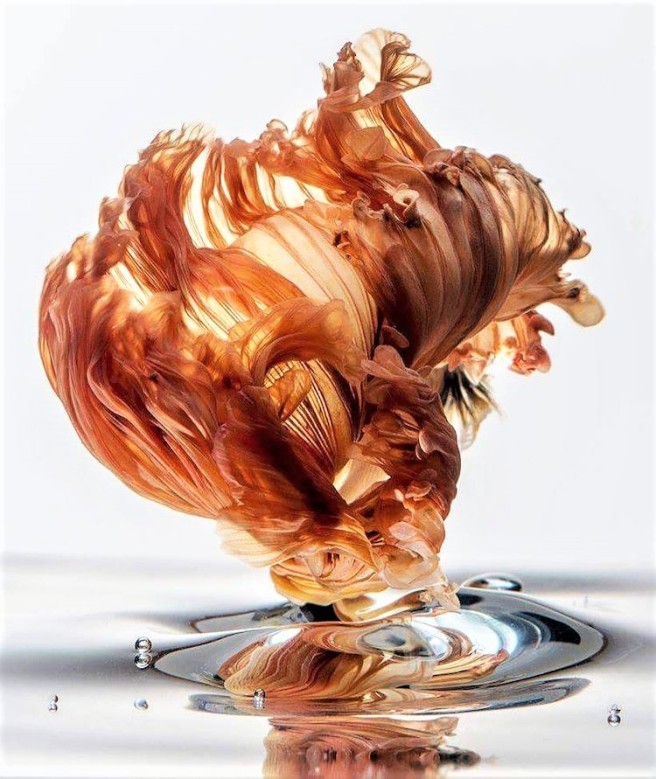 His stunning crystal-clear photos of Siamese fighting fish as they dance in the water make it seem as though they are suspended in air instead of water. 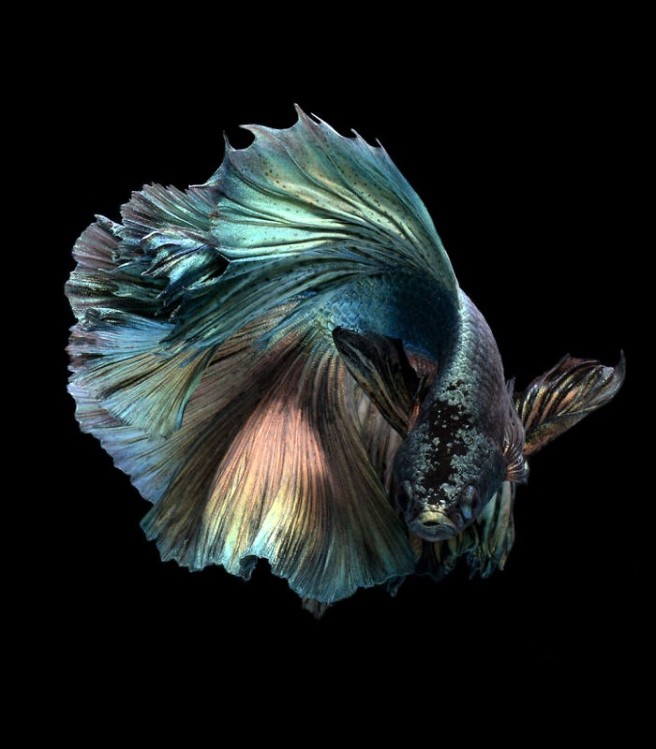 Their quick, elegant movement  is a mesmerizing scene, captured perfectly by Angkatavanich – their unique sense of motion frozen in time through his brilliant photographs. 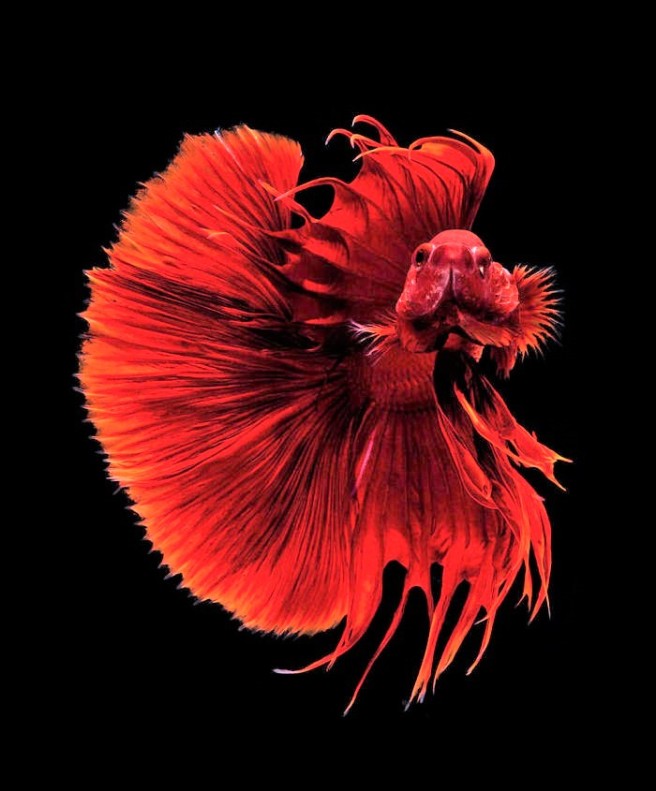 The Siamese fighting fish, known simply as the betta in the West, is a small fish that originates from the rice paddies of Thailand, Laos, Vietnam and Cambodia.

They have been bred since the 19th century (and possibly sooner) for their flamboyant appearance and for their territorial aggression.

In some images, they don’t appear like fish at all, but rather swirling clouds of colorful ink suspended in water, or snapshots of flowing pieces of silk.

His currently unnamed and ongoing series of betta portraits is captured through the lens of a Nikon D800, with only a simple strobe light to emphasize the spectacular coloration and flamboyant fins of the beautiful fish.

Angkatavanich’s series transforms the common misconception that Siamese fighting fish are disposable by using them as weightless and isolated subjects, showcasing their incredible coloration and elegant movement.