Utagawa Kunisada, (1786-1865) has been called the most prolific of all the painters and printmakers of the ukiyo-e (pictures of the floating world) movement in 19th-century Japan. 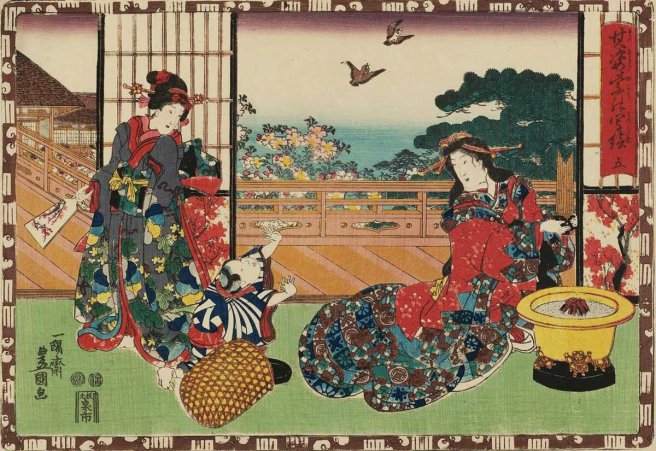 Born in Tokyo (then called Edo), Kunisada was the son of a moderately successful poet, who died very early in his life. 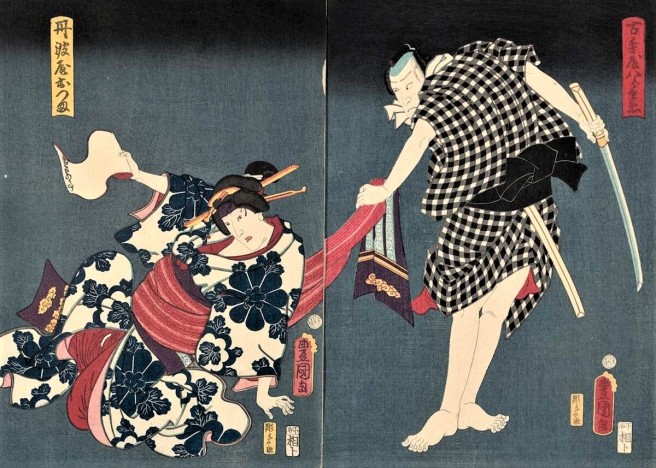 The young artist began sketching very early and developed not only a passion but a clear skill in the craft which caught the eye of the master of the Utagawa school of ukiyo-e, Utagawa Toyokuni.

Kunisada started his career as a pupil of Toyokuni I whose name he adopted in 1844, becoming Toyokuni III. While he changed his names several times, he is commonly referred to as Kunisada or Toyokuni III.

Almost from the first day of his activity, and even at the time of his death in 1865, Kunisada was a trendsetter in the art of the Japanese woodblock print.

Always at the vanguard of his time, and in tune with the tastes of the public, he continuously developed his style, which was sometimes radically changed, and did not adhere to stylistic constraints set by any of his contemporaries.

Kunisada’s prints mostly consisted of kabuki actors, the popular trend of the period, but as he continued to perfect his craft there was a growth in the number, and the experimental nature, of shunga works which Kunisada produced. 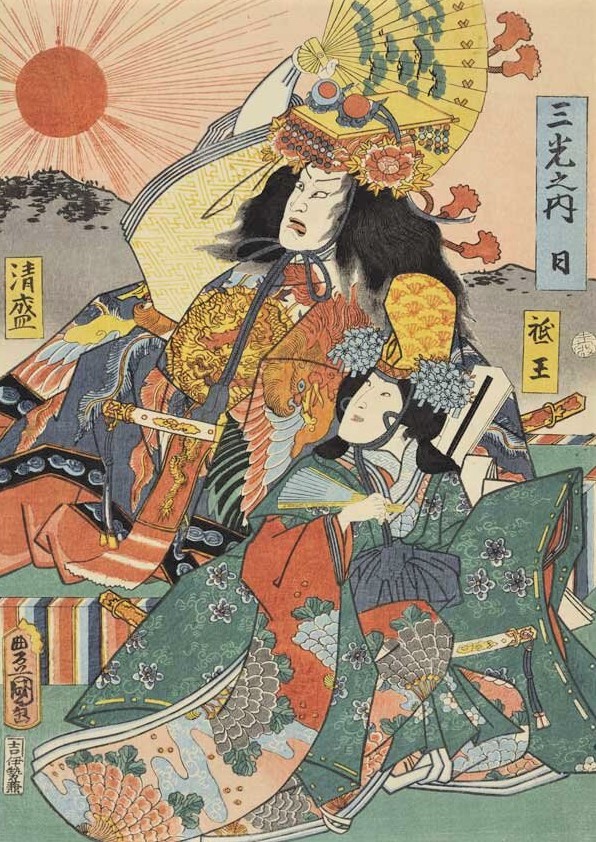 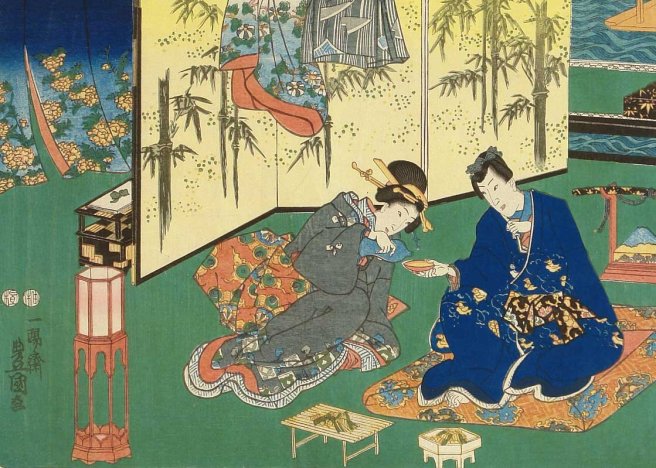 In his later years, Kunisada had truly perfected his craft. The depth, blends of color, and complex perspectives of his artwork truly set him apart.

More of Utagawa Kunisada‘s prints can be found across the Internet, including http://www.kunisada.de/.