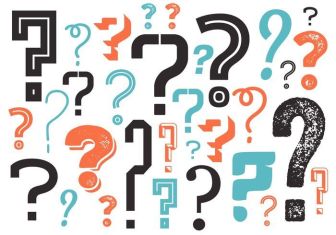 Every now and then my mind tries to tackle the bigger questions in life. Questions that don’t have exact answers. Some are humorous, some are disturbing. How I get off on these tangents I’ll never know. But did you ever wonder ….

And a few still unanswered questions from my Cosmic Questions quest back in February of 2016:

Whew! I feel so much better that I got all these questions out of my head ….