Nick Reynolds is a social documentary photographer based in Kent, England.

His connection with the world around him is reflected in the photos he so consciously captures in black and white.

Reynolds refrains from framing or creating too much meaning or explanation of his work other than that which strikes the viewer directly and immediately.

Too much explanation or pre-interpretation on his part would undermine the viewer’s freedom to experience the work simply as it appears to be.

Reynolds believes that art is the realm in which we can express most purely and deeply that which lies hidden in both our personal and collective unconscious. 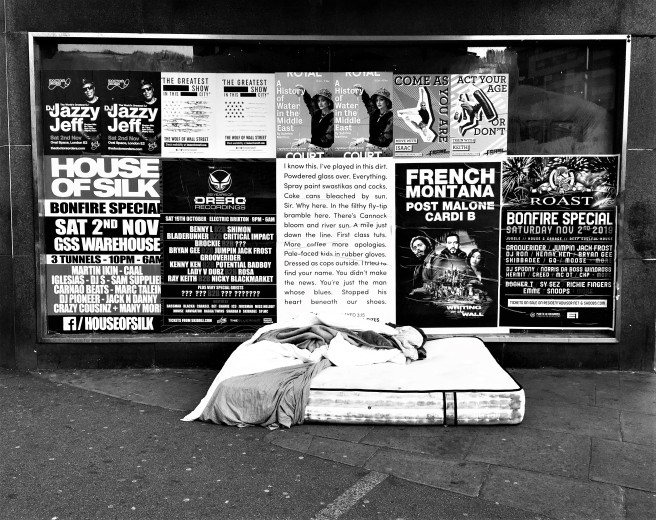 A glimpse into the world of shadows and light, his photography speaks for itself.

More of Nick Reynold’s photography can be found at https://nickreynolds.myportfolio.com. He also has experimental blog of thoughts and ideas at http://nickreynolds.art.blog.