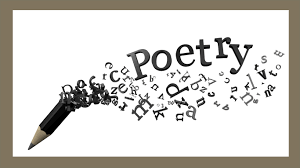 I’d like to put my angst, my wonder, my emotions in a small, precise package.

Roses are red
Violets are blue
Sugar is sweet
And so are you.

No, that’s not exactly what I’m looking for. I’ve heard Bob Dylan is a poet — won a Nobel Prize in Literature in 2016:

That’s pretty heavy. It rhymes, but I don’t think I could sound as lyrical.

Maybe I should write something in the vein of Percy and Byron:

She walks in beauty, like the night
Of cloudless climes and starry skies;
And all that’s best of dark and bright
Meet in her aspect and her eyes;
Thus mellowed to that tender light
Which heaven to gaudy day denies.

Dear me…how could I ever match that tenor? That creative creation?

My Internet friends Ivor, Walt, Dwight, Brenda, Ana, Maxima, and others seem to have a knack for putting emotions with words. Some are more like half thoughts magically strung together; other offer haikus, sonnets, couplets, and other forms I have to look up to know.

They  make it seem so easy.

My very good friend Jane from my Writer’s Association aches and pains over the shortest of poems. She writes, lets it sit, revises, thinks about it. I am amazed there is so much to five or ten lines. But they always sound like music to my ears.

For writing poetry is so much more than writing five or ten lines.

I used to think writing poetry was a breeze. Just find a topic, shorten some sentences, throw in some imagery, and you’re set.

There is a lot of banter around these days saying “Just Be You.” You already are an artist/poet/soccer player. Just dig deep and connect and “be” that person.

Got news for you. No famous basketball player or artist or singer just woke up one day and had gobs of talent. Talent may lay dormant in your genes, but you have to work at it to get it out. Michael J. didn’t even make his varsity high school basketball team on his first try.  VanGogh only sold one painting in his lifetime.

Yes, Mozart was a prodigy at 7. Picasso made his first oil painting when he was 9 years old. There are always exceptions to the rule. But the rule normally is: you are indeed what you want to be. You have the heart, you have the goal — just do it.

But practice first. Whether it’s basketball or writing, don’t expect a hole-in-one your first time out. You have to learn first. Practice first. Fail first.

And keep on going.

So later this evening I will try writing a real poem. Then I will let it sit. Then I will change a word or two and look at it again.

Then I will get some ice cream, watch NYPD Blue, edit my novel, check Facebook, take a nap, then get back around to look at it again. Make it a part of who else I am.

Only then can I start to be a poet.