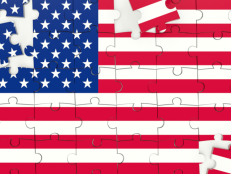 With all this jibber jabber within and without the political network, I wondered…

If you could raise a child from day 1 to be president, how would you do it?

My pretend child could be male or female, but the basic rules apply to both. I shall narrate with a female.

First, she would have to be attractive. Not model level, but pleasant to the eyes. A slight tan color to the skin would satisfy all three races. Hair would be slightly curly and a dirty blonde. No bright blondes, no black do’s, no razor straight. Her eyes could be light chocolate or hazel: no baby blues, no intense greens, and no blackish browns. The shape of her eyes should be slightly almond, as a nod to the Asian community, and her complexion slightly ruddy, like the  Eastern Baltic states. She couldn’t be fat, nor should she be anorexic thin. A size 12-14 would do.

Her clothes would be the better side of middle-of-the-road. No designer jeans, no fancy CCs or LV purses. Kohls or Penneys or the Boston Store would fit nicely. No private boutiques, no Good Will. Faded jeans and boots might be her style of choice, but she should know how to wear color-coordinated outfits with an occasional hat now and then.

Education: She should be smart and world-wise. College, yes. No Ivy League stuffiness, nor a 2-year college. A state college would suit most voters. And she can’t be either a Liberal Arts or Engineer major either — too polarizing to the parties. Even Political Science is a slight move towards liberalism. And a degree in communications or marketing would be a tilt towards “selling to the masses.” How about a degree in Business or Administration?

She should be feminine but with a slightly analytical tilt to her. Maybe a brother who’s a jock and another who’s a scientist. She is polite but not subservient. Politically correct, but is able to reach out to those with biases such as color, education, and social status. She should work in a blue collar job through high school so she can identify with hard working low- and middle-class Americans. She should keep a few minorities as best friends so she can later show her besties as “colorful” Americans.

Since marriage and children still will be the cornerstone of American ideals, she should be married to someone who is also fairly good looking. Glasses will make him look smart; a strategically placed tattoo will make him look hip. She should have two children, ideally a boy and a girl, for I doubt that ideal will be gone any time soon. No babies — that will take too much personal time from her presidential schedule. And most people don’t like the word “nanny”, so she must have a living grandmother or grandmother-in-law to take care of her kids.

Religion will be a tricky one. Since more citizens believe in God than not, she can have some sort of religious education. Nothing foreign (like Buddhism or Islam), and nothing too conservative (like Baptists or Catholics). Maybe a Methodist or Lutheran bent, as long as it doesn’t consume her Sundays. She can balance the religious angle by keeping “In God We Trust” on the dollar bill. If she is smooth enough, she can restore the “Pledge of Allegiance” with the God part back in schools, telling the athiests that they still have the Illuminati eye floating over an unfinished pyramid on the dollar bill, so it all balances out.

Once out of college you should guide her to middle-of-the-road politics. She must be able to see the good of unions and big oil along with preservation of wildlife and health care for the poor. She needs to balance the needs of the country (an overbloated deficit in funds) with the never-ending growth of private organizational needs.

She must have an understanding of the U.S. Caste System, where upon minorities gain a little ground every year, but are never really considered part of the “good ‘ol boys club.” She must choose her words well, being careful not to offend those of race, education, social economics, personal choice, sexual preferences, and other variables. Being well educated, she must learn to use the English language to choose the correct words that sound great but mean nothing.

She also must be media savvy, knowing the current pop artists as well as famous movie stars. Going to a PG rated movie with her middle-school children would show she supports the movie industry. She must read up on old time groups like the Beatles and Led Zeppelin so she may be able to “humor” senior citizens.

Once our daughter is brought up primed and groomed for the Presidency, her chances to run the country will be excellent, and peace and harmony will fill the countryside and city side.

And I’ll be rolling in my grave.