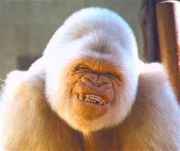 Everyone is quoted now and then. Often it’s something like, “My mom said…”, or “The guy on the news said…”, or even “Don’t you remember what so-and-so said?” Philosophers, politicians, and celebrities all make a point to say meaningful things that will affect future generations.

Some time ago I wrote a blog, I Can’t Believe I Believed That https://humoringthegoddess.com/2011/08/11/i-cant-believe-i-believed-that/ which dispelled myths on what famous people Never said. For example, Captain Kirk never said “Beam me up Scotty.” (Go check it out!) I was going to add to the “misquote” pile this blog, until I stumbled upon something MORE entertaining – things famous people DID say. Oh, this sooooo much better…(and they all really did say these things!)

You’ve got to be careful if you don’t know where you’re going, because you might not get there.      Yogi Berra, former American Major League Baseball player/manager

If Lincoln were alive today, he’s roll over in his grave.  Former President Gerald Ford

China is a big country, inhabited by many Chinese.  Charles De Gaulle

I like most of the places I’ve been to but I’ve never really wanted to go to Japan, simply because I don’t like eating fish, and I know that’s very popular out there in Africa.  Brittany Spears

(ordering a salad) Be sure and put some of those neutrons on it.   Mike Smith, baseball player

So where’s the Canne Film Festival this year?   Christina Aguilera

Half the game is 90% mental.  Danny Ozark, baseball manager

What a waste it is to lose one’s mind. Or not to have a mind is being very wasteful. How true that is. Former Vice President Dan Quayle

The only happy artist is a dead artist, because only then you can’t change. After I die, I’ll probably come back as a paint brush.   Sylvester Stallone

Outside of the killings, Washington has one of the lowest crime rates in the country.   Mayor Marion Barry, Washington, D.C.

(On the death of the King of Jordan)  I loved Jordan. He was one of the greatest athletes of our time.  Mariah Carey

The word ‘genius’ isn’t applicable in football. A genius is a guy like Norman Einstein.   Joe Theisman, former NFL Quarterback and TV Announcer

You should always go to other people’s funerals, otherwise, they won’t come to yours.   Yogi Berra, former American Major League Baseball player/manager

Sure, there have been injuries and deaths in boxing – but none of them serious.  Alan Minter, boxer

Those who survived the San Francisco earthquake said, “Thank God, I’m still alive.” But, of course, those who died, their lives will never be the same again.  Senator  Barbara Boxer

I think the film ‘Clueless’ was very deep. I think it was deep in the way that it was very light. I think lightness has to come from a very deep place if it’s true lightness.   Alicia Silverstone

Is this chicken, what I have, or is this fish? I know it’s tuna, but it says ‘Chicken by the Sea.’   Jessica Simpson

And, perhaps the most impressive of all…

Whenever I watch TV and see those poor, starving kids all over the world, I can’t help but cry. I mean I’d like to be skinny like that, but not with all those flies and death and stuff.  Mariah Carey