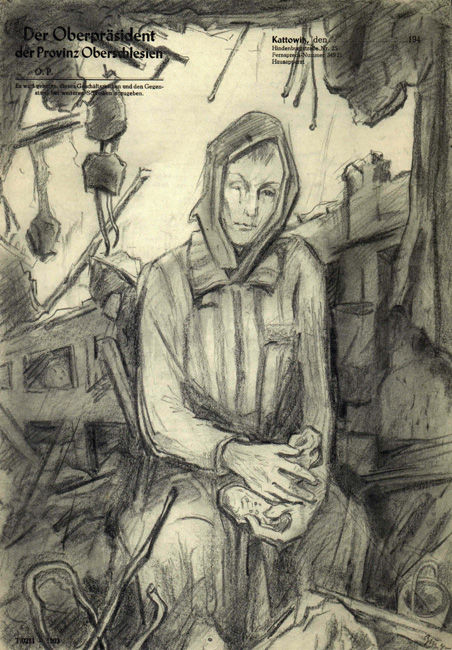 In 1928, Tolkatchev studied art in Kiev and in 1929 held an exhibition on the death of Lenin.  In the thirties, he illustrated books, including works by Gorky and Sholem Aleichem, and exhibited the series, “The Shtetl”. 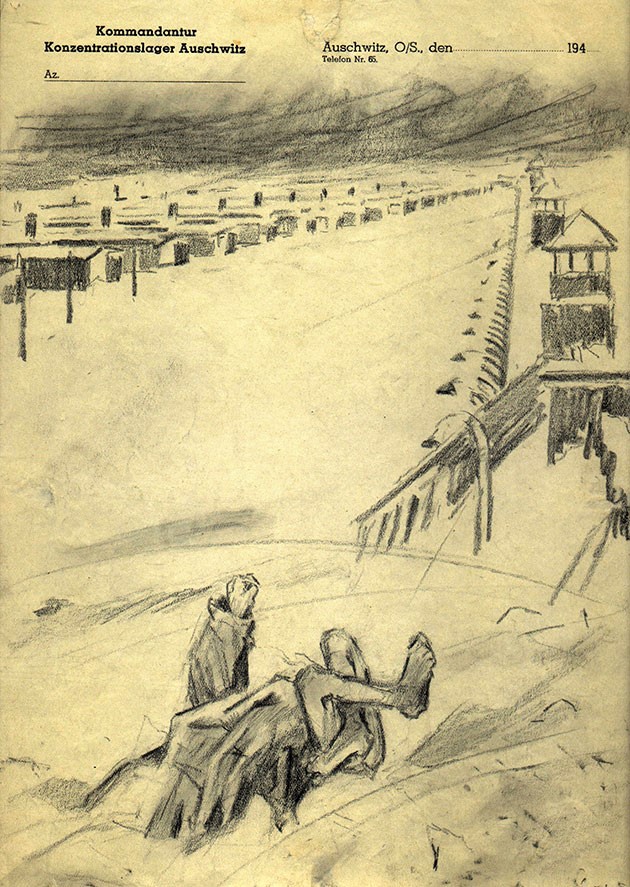 From 1941-1945, he served as an official artist in the Red Army. In the summer of 1944 he was attached to the Soviet forces at the front after the liberation of Majdanek, and afterwards to the forces liberating Auschwitz.

Horrified by what he witnessed, Tolkatchev spent over a month painting scenes from within the newly liberated death camp.

These drawings were supposed to depict the moment of liberation from the point of view of the liberator: the excitement and happiness of the prisoners receiving the Red Army soldiers as saviors.

Shocked by the actual sights he witnessed, he often depicted Jesus as an actual camp inmate, wearing a striped uniform marked by every possible defamation sign – the Jewish yellow star, the red triangle of political prisoners, and the individual prison number, the numerical tattoo on his lower arm can also be seen.

His Majdanek paintings became one of the earliest artistic series to publicly document the Nazi death camps. 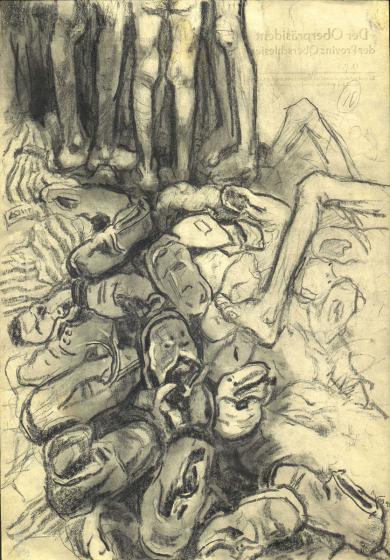 Tolkatchev accompanied the Nazi Crimes Investigation Commission to Auschwitz, arriving within hours of the camp’s liberation by the Soviet Army on January 27, 1945.

Using only materials immediately available, Tolkatchev made many of his drawings in pencil and on Nazi stationary taken from the commandant’s office. 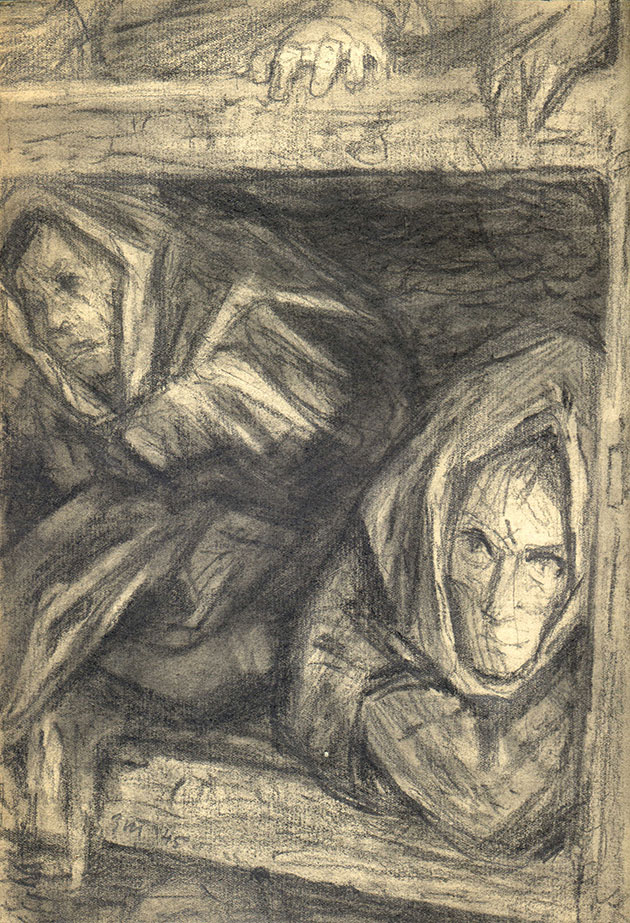 Looking back on his work, Tolkatchev wrote, “I did what I had to do; I couldn’t refrain from doing it. My heart commanded, my conscience demanded.”