Andy Warhol was born on August 6, 1928 in Pittsburgh, and worked as a successful magazine and ad illustrator.

Warhol’s works span over a range of paintings, silk-screening, photography, film and sculpture.

His works often research the correlation between artistic expression, advertising and celebrity culture that was seen flourishing in the 1960s.

Most times, the subject of his work changes from symbolic American objects to fiction, to celebrities to traditional concepts. His paintings triggered a turn around in the way art was perceived.

Instead of portraits, landscapes, battle scenes or other subjects that experts thought of as “art,”  Warhol took images from advertising, comic books and other bits of popular culture and created the “pop” in Pop art

He is known for his drawing and repetition, using a single object multiple times in a painting.

Andy Warhol made art available to the masses so that people could learn to see the beauty of everyday things and understand that everything around them is beautiful in its essence.

He made art fun.

As Warhol once said, “The idea is not to live forever, it is to create something that will.”

More of Andy Warhol‘s amazing work can be found at https://www.warhol.org/.

Howie Green is a renowned painter whose artistic works are characterized with bright combination of colors.

He uses a variety of geometric shapes such as circles, squares, triangles, among others, in creating his artistic works.

Green has a unique artist’s eye for the colorful fun that springs out of our popular culture. 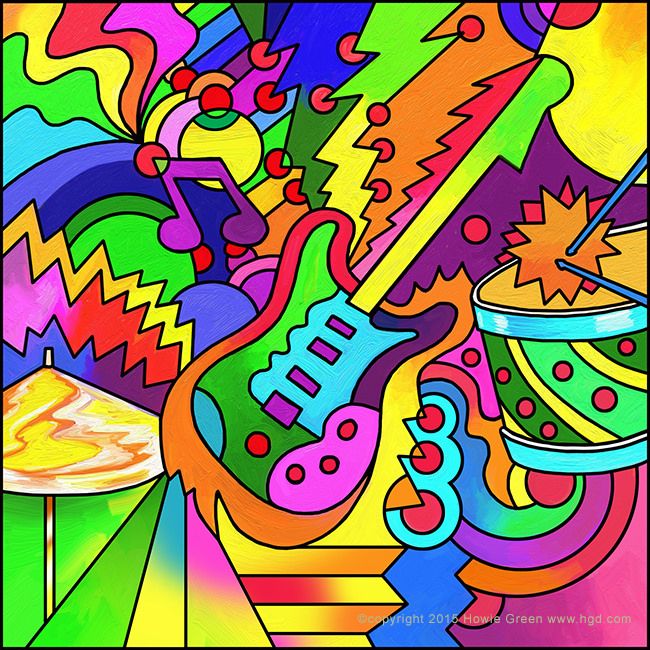 He is a multi-talented artist who’s also involved in creating murals and pop art as well as being actively involved in the implementation of diverse public art projects.

His work is the inspiration for today’s adult coloring books, doodle art — anything that brings love and light and color into the world.

The creation of the Jazz Fish and working with Peter Max began a very fertile period for Howie during which he produce hundreds of paintings centering around the Jazz Fish and Mamboland, the fanciful world he inhabits. 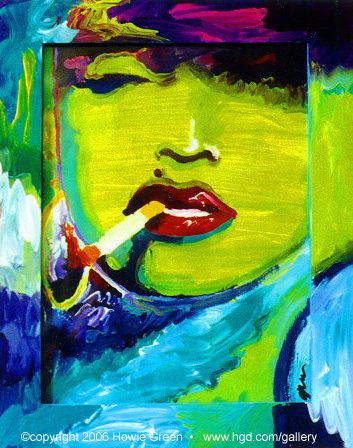 Howie Green‘s work can be found all over the Internet, including at http://howiegreen.com.

Because the more you think you see

The easier it will be to fool you.

Guido Daniele is an Italian multimedia artist and body painter. He has worked in many different media and has also worked for two years in India, where he attended the Tankas School in Dharamsala.

He produced a sequence of animals painted on the human hand, which he calls ‘handimals’.

The work is so intimate, so impeccable, it’s hard to believe it’s painting at all.

Guido Daniele was born in Soverato (CZ – Italy) in 1950 and now lives and works in Milan. 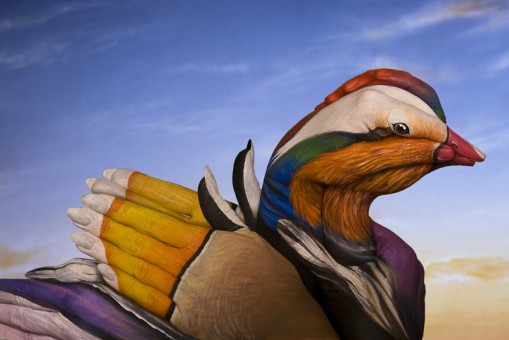 The beauty of Art is Illusion. What you see vs. what the artist sees.

And because you are on different sides of the canvas, you see different angles of the Illusion.

So look closely. But not too closely.

For the magic is in the Illusion of the Art.

You can find more of Guido’s exquisite art at http://www.guidodaniele.com/

Blue Dog has been everywhere from the permanent collection of the Smithsonian to the White House and all over the world.

Born and raised in New Iberia, Louisiana,  George began painting during the third grade while bedridden with polio.

Later in life, his art studies at the University of Louisiana at Lafayette followed by the Art Center College of Design in Pasadena gave him a foundation that spawned one of the greatest success stories in southern art.

Rodrigue was a gifted artist who started out painting the landscape and the rich history of Louisiana and the Cajun people. But that all changed when he found his model in his studio: a photograph of his dog, Tiffany, who had died.

“I’m expressing the feelings of mankind today through the Blue Dog,” George said.  “The dog is always having problems of the heart, of growing up, the problems of life.”

His heart was in his work, in his love of his blue dog and his beautiful wife and loving kids.

More of George Rodigue’s amazing blue dogs can be found at https://georgerodrigue.com/.