Painter and sculptor James Michalopoulos was born in 1951 in Pennsylvania. 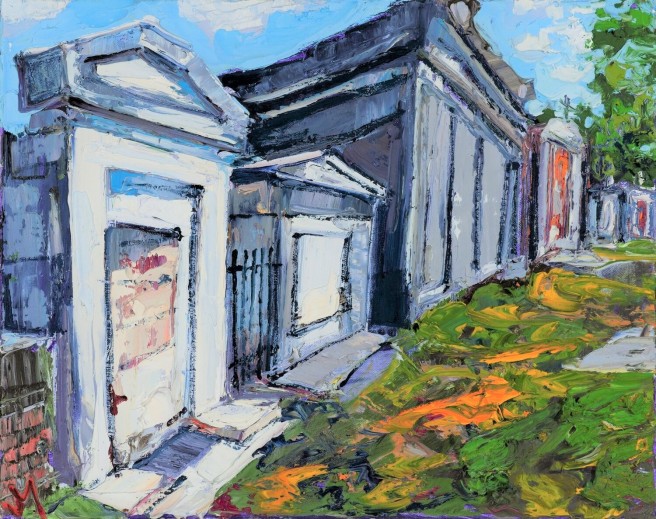 Michalopoulos received a BA from Bowdoin College. After managing the Boston Food Co-op for two years, he began to sketch. He has never stopped making art.

In 1981 he was drawn to New Orleans as the last bastion of hippie bohemian culture in America.

He began sketching artists and musicians, houses and street corners.

Fascinated with the duality of beauty and decay, the architecture of the city became his muse. 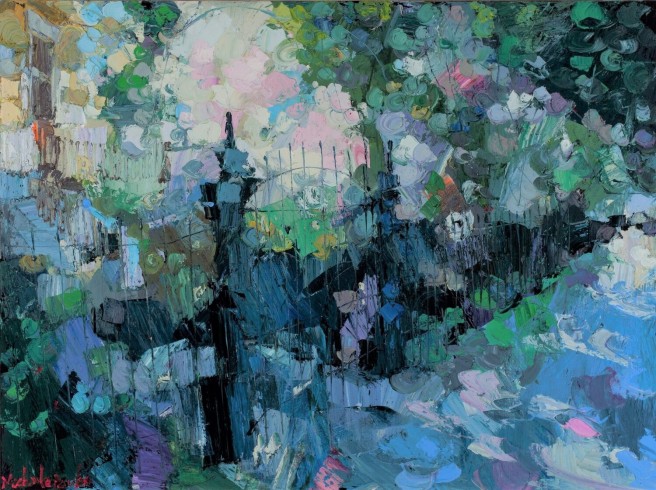 Capturing the spirit and the essence of his subject in layer upon layer of thick impasto paint, a portrait of the city appeared, brimming with color and energy.

In the early 1990’s Michalopoulos operated a studio out of Lausanne, Switzerland, and exhibited both there and in Geneva, London and Berlin.

Today he divides his time between New Orleans and Burgundy.

The French countryside, with its Roman era stone buildings and verdant fields, has become a large focus of his work, but there is nothing better than New Orleans.

More of James Michalopoulos‘  wonderful art can be found at https://www.michalopoulos.com/.