I had some thoughts early this morning. Dangerous, I know…

One of my friends/acquaintances on Facebook posted a selfie of herself five years ago when she was diagnosed with cancer, and today when she is cancer-free.

And it made me think.

For all the sad stories, the friends and mothers and sisters we have lost, there are still a lot of survivors out there.

We don’t always bring attention to ourselves, but we are there, right by your side. Working, laughing, crying. Praying the cancer doesn’t come back.

We don’t want flags or parties or, often, acknowledgement. We just want you to know that we survived.

So say “good morning” when you pass us in the hallway at work or walking around the block. Give a compliment to someone’s shirt or shoes or new hair style. Know that for every one we have lost there is someone who is still here fighting the fight.

I told my friend I was proud of her. And I am. We are the lucky ones who are still here and able to make others feel better. And we will always try to do that.

You never know where they’ve been.

Okay. When you hear the word “pink”, what do you think of? Girls? Guys?

I have to admit that when I first think of pink, I think it a girl’s color. That is my old-fashioned, Catholic school, 50’s upbringing. I’m sure that’s the same problem guys have, too.

Moms in the millennium are a lot more savvy than that. While manufacturers don’t go out of their way to make pink clothes for boys, once they get into their teens, there’s always a pink dress shirt here or there to set off their wardrobe.

But still many people are gender-sensitive when it comes to that one particular color. Sometimes to the point of over-reaction.

Take the NFL, for instance.

They make a big deal of football players wearing pink during October for Breast Cancer Awareness Month. Accents of shades from fluorescent to carnation to cherry blossom can be found tastefully decorating gloves, sides of shoes, and towels. But once October is done, pfffftttt….so is pink.

Pittsburgh Steelers running back DeAngelo Williams wants to wear pink past the October 31 deadline. His mother died of breast cancer, as did four of his aunts. This is his way of saluting their battles.

Of course, the NFL said no. October only. No exceptions.

Now, I know mostly why the NFL is so staunch about its rulings. After all, one player will want to wear Nikes with a pink streak; before you know it, someone else will want blue and someone will want yellow and it will be a color war beyond imagination. You let one do it, you have to let everyone do it.

Who knows — what if this “pink” thing took off? What if in November someone on the Patriots wore a pink towel, then in December, someone on the Bears wore pink gloves? Would that distract from the game? From the point spread?

There are no rules about hair color. Or beards. So I guess guys dying their hair pink or green is okay by them. But a memorial to a death from Breast Cancer — something we all are fighting — that’s a little too “girly” for  them.

I’m not saying they should change the rules for the NFL. Or any other sport or corporate venue. But this is breast cancer. And breast cancer doesn’t stop growing at the end of October. Someone wants to wear a token color to let the world know they support the cause — I don’t see what’s wrong with that.

But then again, I’m a girl. And I’ve had breast cancer.

All I’m saying is it’s time the world stopped fearing the color pink.

If you fear being judged by the color of your gloves or shoes or headband, then you have a lot more wrong with you than a phobia of a color.

But an important blog.

I had a mammogram three years ago September. They found two cancer nodules. I had a lumpectomy three years ago October. I followed that fun with radiation and hormone therapy.

I had my annual mammogram Friday. Went to the doctor today.

And I am CANCER FREE.

The point of this little ditty is Get Your Mammogram. Get one friend/family member to get their mammogram.  Stop being hung up about having your boobies smushed, someone touching and mushing same said boobies, or the fear of what you may find. The smushing lasts only 30 seconds, the results a lifetime.

Grow up. Get a mammogram. Your life will be better for it. And so will the lives of your friends and families.

And just think — you’ll be around 20 years from now — still reading my blog. How much fun is that??

I will be playing the rest of my life 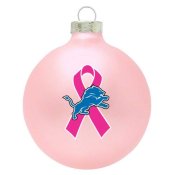 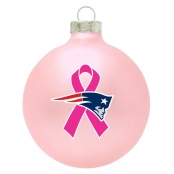 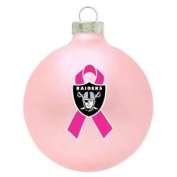