Alexander Young (A.Y.) Jackson  (1882 – 1974) was a Canadian painter and a founding member of the Group of Seven, Canadian artists who promoted the excellence of Canadian art and landscapes.

In addition to his work with the Group of Seven, his long career included serving as a war artist during World War I (1917–19) and teaching at the Banff School of Fine Arts.

Jackson made a significant contribution to the development of art in Canada, and was successful in bringing together the artists of Montreal and Toronto. 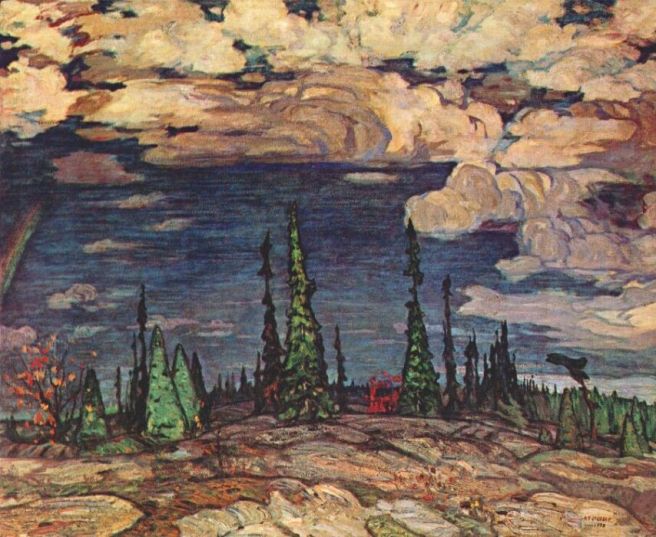 Alone, or paired with other Group members, Jackson traveled extensively through the back country of Ontario with sketch box in hand, particularly Algonquin Park and Northern Lake Superior.

Jackson’s exposure to Impressionism fostered techniques for capturing the fleeting effects of light that he would later apply to the Canadian landscape.

His art nouveau style highlighted the Canadian countryside, showing visions of a land many had thought barren and boring.

A.Y. Jackson‘s artwork can be found in galleries all across the Internet.