Ivan Khlebnikov (1819–1881) was born in St. Petersburg, Russia, a son of a diamond and jewelry merchant.

Khlebnikov’s remarkable career began in 1867, when he opened his own jewelry firm, Ivan Khlebnikov Sons and Co. in St Petersburg. 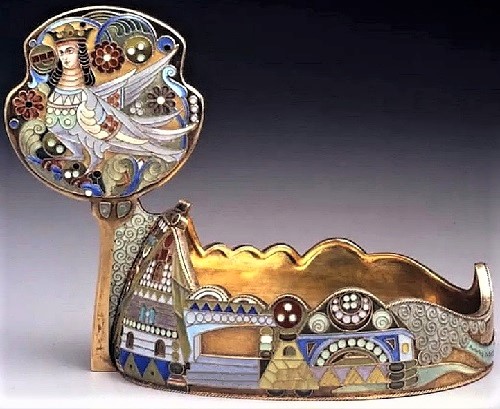 His factory of diamond, gold and silver jewelry was well equipped with the latest technology for all kinds of work, and its products were considered one of the best in Russia. 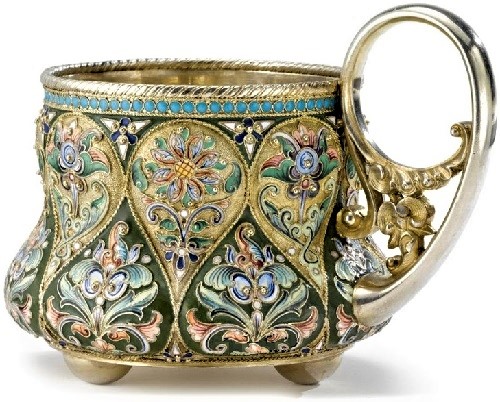 His  work reinvented traditional Russian style and folk art through originality and a colorful palette. 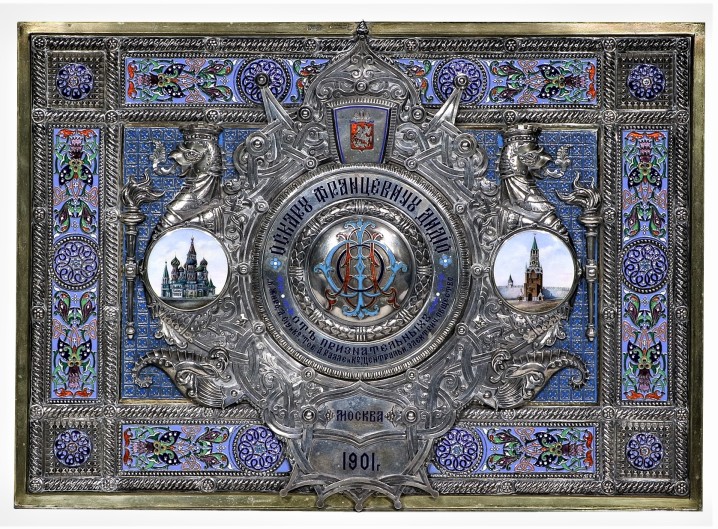 Khlebnikov became known at the World Exhibition in Vienna in 1873, where by the serious consideration of experts, he earned two medals. 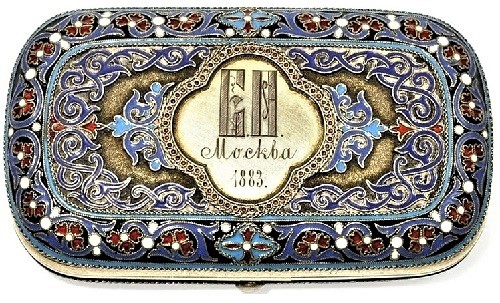 By 1882, around two hundred artisans were employed at the firm, and Khlebnikov also established an in-house school of design and sculpture for students. 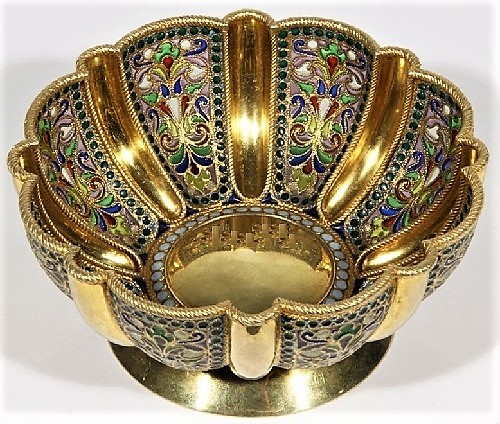 Two of Khlebnikov’s most significant projects were the renovation of the Palace silver dinner sets, and the decoration of Christ the Savior, for which his firm produced nearly fifty religious objects such as chalices, incense burners, icon lamps and more. 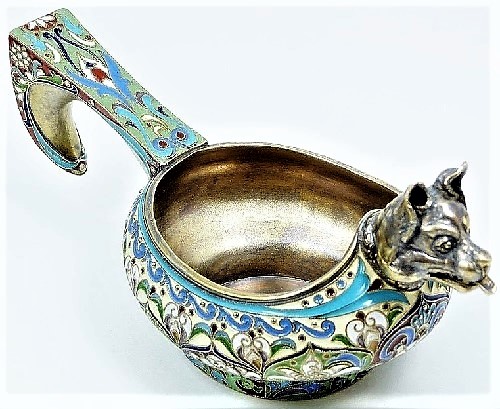 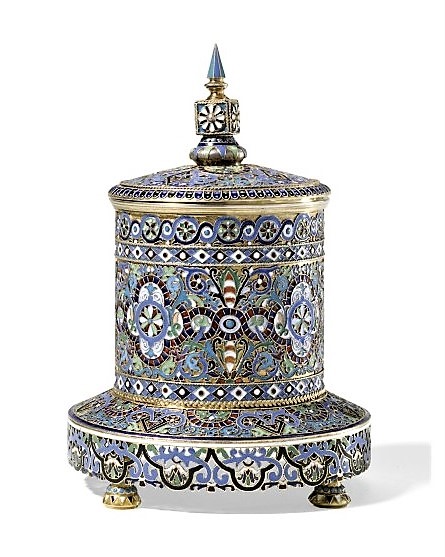 More of Ivan Khlebnikov’s amazing work can be found at  .https://vsemart.com/russian-jeweler-ivan-khlebnikov/ and other sites across the Internet.