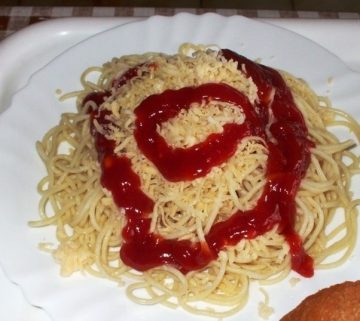 I have come across these conversations quite a number of times on social media lately.

A lot of times it’s in the pet department. Someone takes a goofy picture of their pet, or dresses them up in silly clothes, and posts it with a funny caption. Maybe it’s not always in the best of taste, but we get it — it’s supposed to be funny/stupid/nonsensical.  Most times we keep on going, sometimes we stop and type “ha ha” and then move on.

Except for that one person that starts it all.

Someone come out of nowhere, saying how cruel the image is, how could people laugh at such postings, that there might be something wrong with the animal and it should reported to the vet.

This negative mini tirade brings out a tit-for-tat. Someone stands up to the misinformed with a nasty retort. Other people jump on the bandwagon, getting carried away and calling each barely-acceptable names, tit-for-tatting until the original poster takes the post down.

Is this a result of being quarantined too long? A result of rampant Covid-19 cases or being laid off and not being able to pay the bills? Is this mind state being fueled by the frustrations and unrest and circus attitude of our current state of politics?

Or is it more of a case of prejudice, animosity, or anger? Is it just an excuse for people to be mean?

Look. We all disagree on all kinds of things. Politics, health, psychology, food. Heck — some people put ketchup on spaghetti and peanut butter on burgers! Is that a reason to run at the mouth the first pissy thing that comes to mind?

My first impression is often geez, how can someone be so stupid? The picture of the dogs pushing their heads against the wall as they’re being scolded or the cat in socks and dress are JOKES. No one has gotten hurt — even the pets. Why does there always have to be a stick in the mud that doesn’t get it?

But those are passing thoughts. Like saying you’re going to knock out the next person who calls you Sweetie. You don’t act on them. You aren’t supposed to use those thoughts as verbal bullets to make fun or bully someone else.

You’re supposed to be better than that.

Maybe the “Be Who You Are” movement has had its day.

I want to tell the parties on both sides to stop using the Internet and Social Media to spew out your frustrations, hatreds, and misfortunes. Stop being a cranker. We all have problems. Trust me. Be nice. Keep your smarmy comments to yourself.

Although I’m sure there’s not much help for ketchup and spaghetti crowd….

14 thoughts on “Stop Being Stupid”