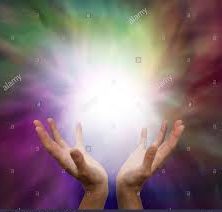 As you may (or may not) know, I have a runaway mind. I have to be careful when I’m driving not to let the story take me away from paying attention to the road. For I sometimes get an idea and just run away with it until I’ve lost a minute or two.

I had one of those ideas this evening on my way home from work.

What if, for some unknown reason, you woke up one morning and were able to heal anybody by just touching them? By squeezing their arm?

The first emotion would be shock. Then reasoning. Research. How did you get that power? Would the person stay cured? Grasped from the hands of death at the last minute?

Word gets out. Doctors and universities and private companies want to research you. See how you do it. They may want to dissect you or put you in a tank and take tests.

But you’re not interested. You want to cure people.

According to some quick research, there are 7.7 billion people in the world, and 95% of them/us are sick with one thing or another. My little calculator turns that into 810,526,315 people are sick around the world at any one time. From cancer to colds, you’d be their cure.

if you were to see 30 patients an hour, 24 hours a day, that’s curing 720 patients a day. That doesn’t factor in sleep, meals, and rest time. So if you could cure 720 people per day, it would still take you 1,125,730 days to cure every single person in the world. And that would be only the people that are sick at this moment in time. Not the millions that will get sick tomorrow.

Saving the world is an overwhelming thing, isn’t it?

Before you know it the press would be all over you and Hollywood would want to make a movie out of your life. You would have thousands of doctors calling you every hour just to see if you could take a look at their patients first.

Then you would have to choose who you would cure first….a grandmother with lung failure, a child with pneumonia, a mother with three kids who has cancer. Not only in your city but in millions of cities around the world.

You would want to cure as many people as you possibly could. But who is first? You would have to make criteria. A hundred spreadsheets at a time of who is to be saved and/or healed first.

Everyone’s mothers and fathers would call you and come to your door begging you to save their child. Their husband. Thousands would be outside your home every day.

Curing them would prevent you from going to hospitals and hospices around your neighborhood, your town, your state. Not to mention the other 49 United States and people overseas.

See how my mind wandered?

I don’t want the power to heal sick people. I don’t want the responsibility of choosing between people I love and people I don’t know. Or deciding which illness is worse. They are all worse. Some will die because you couldn’t get to them in time to cure them, and the guilt would eventually be overwhelming.

It’s the way of the world. And no amount of instant healing will change the ending of the story.

So be careful what you wish for….

9 thoughts on “It’s Not Always What You Think”