Alright…I know that Chemistry Cat images are not real art…but since they are a part of every chemistry teacher’s culture, perhaps they are.

Chemistry Cat (sometimes known as Science Cat) is an advice animal image macro series which consists of a scientific pun and a picture of a cat with a bow-tie and glasses sitting in front of a board.

These puns are usually based on the names of chemical elements from the periodic table or various laws of science and physics.

While the source of the image remains in veil, it is likely a stock photograph, possibly of Russian origin.

A significant portion of the puns are actually derived from chemistry jokes that have been in circulation for awhile, particularly in the context of K-12 education on chemistry and the periodic table. 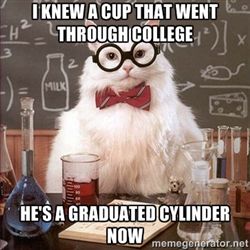 The earliest known instance of “Chemistry Cat” series can be found in a Reddit thread posted on April 19th, 2011, of an image originating from the ICanHasCheezburger[2] blog: 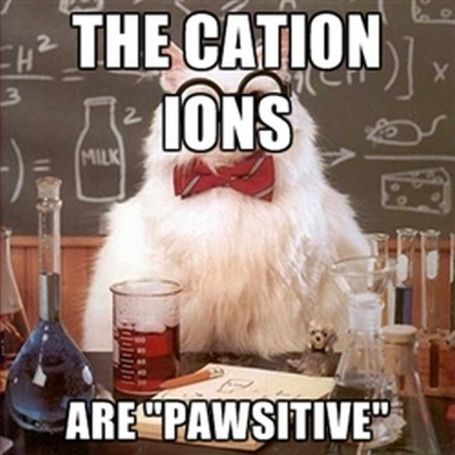 The macro series didn’t take off until the third week of July 2011, when image templates began to appear on image generator sites.

The rest is Chemistry Cat history. 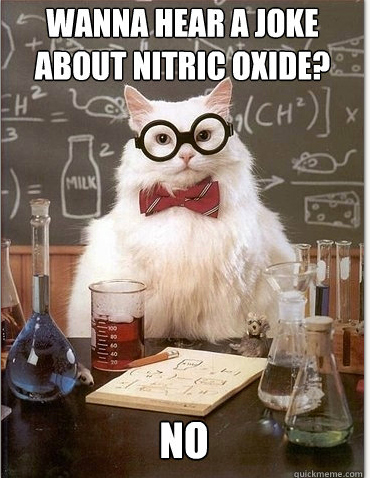 And he is funny. 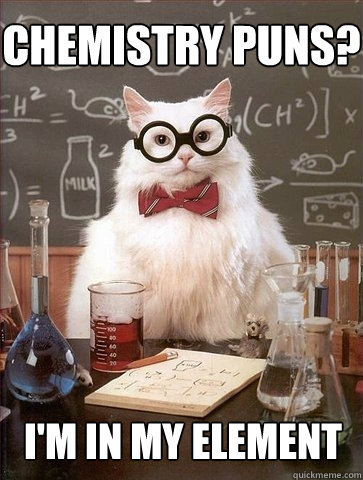